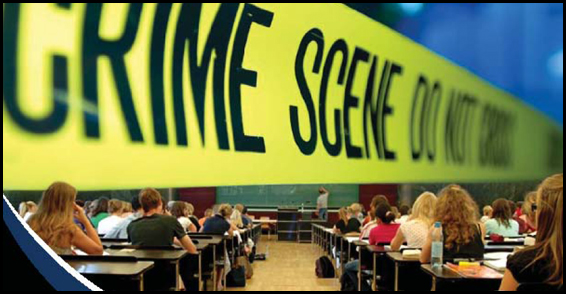 US and UK Receive Slew of Bomb Threats at Dozens of Schools, Forcing Mass Evacuations

Multiple bomb threats were called in to schools across the United States and the United Kingdom during the morning hours on May 23.

In most cases, the schools chose to take the threats seriously and evacuate all students and staff, warranting many a day off.

All schools in the United States are believed to have fallen victim to a “robocall.” The schools ranged from elementary to high school and were located throughout New Hampshire, Connecticut, Wisconsin, Colorado, Utah, Massachusetts, Iowa, Montana, Maryland, Delaware, South Dakota, New York, and California,

The “robocall” is a pre-recorded message, not of a human voice, typically threatening a school of an active shooter or bomb situation, using descriptive and destructive language to terrorize the school’s officials and often, the student body and their parents.

Several media outlets from their respective states have reported that the FBI and the nation’s Terrorism Joint-Task Force have been alerted by superintendents of their districts.

Across the United Kingdom, 26 schools were closed. Some British media outlets are reporting that the threats may have come to light as part of an elaborate hoax to postpone the GCSE exams that were supposed to be distributed on Monday.

A Daily Mail report cites a similar incident in January, where a Twitter group, hosted out of Russia, created a series of threats to have 14 schools evacuated in Britain—the group used students’ cooperation to allegedly devise the hoax.

The 26 U.K. schools that received the threats are: