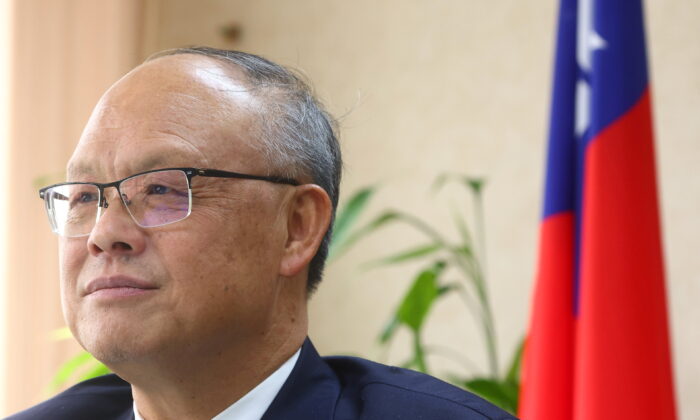 US and Taiwan to Begin Trade Talks on Regulations, Agriculture, Labor Standards

Washington and Taipei will soon kick off formal negotiations on the U.S.–Taiwan Initiative on 21st-Century Trade, announced on June 1, the Office of the U.S. Trade Representative (USTR) said on Aug. 17.

The talks will take place under the auspices of the Taipei Economic and Cultural Representative Office in the United States and the American Institute in Taiwan, according to an Aug. 17 statement. The initiative will involve negotiations on a wide range of subjects, such as good regulatory practices, deepening agricultural trade, boosting trade between the two nations’ small and medium enterprises, trade facilitation, digital trade, labor standards, and addressing distortive practices of state-owned enterprises.

Throughout the negotiations, U.S. officials will consult with Congress as well as “key stakeholders” in business, labor, and environmental groups, according to the statement.

“We plan to pursue an ambitious schedule for achieving high-standard commitments and meaningful outcomes covering the eleven trade areas in the negotiating mandate that will help build a fairer, more prosperous, and resilient 21st-century economy,” Deputy U.S. Trade Representative Sarah Bianchi said in the statement.

Top Taiwanese trade negotiator John Deng told reporters in Taipei that a first round of negotiations could start next month, which might result in a free trade agreement that the island nation has been pursuing for a long time, according to Reuters.

The negotiations come as the Biden administration excluded Taiwan from its Indo-Pacific Economic Framework (IPEF), an economic partnership between the United States and 13 Asian nations.

According to Deng, one of the topics that will be discussed during the negotiations is China’s economic coercion. The communist regime has been restricting trade with nations that it has disputes with, a move that he says does great harm to the global economic and trade order.

In June, Chinese Commerce Ministry spokesman Gao Feng said Beijing opposes any official contact between Taiwan and other nations, including signing economic and trade agreements that have an “official nature.”

“The United States should prudently handle trade and economic ties with Taiwan to avoid sending a wrong message to Taiwan separatists,” Gao said, according to Reuters.

In its 2022 annual white paper, the American Chamber of Commerce in Taiwan asked Washington to “accelerate” economic integration with Taipei through a bilateral trade agreement.

The organization stated that such a deal will “bolster both the U.S.’ and Taiwan’s economic and thus overall security vis-à-vis an assertive China.”

The value of trade between Taiwan and the United States in 2020 was $106 billion.