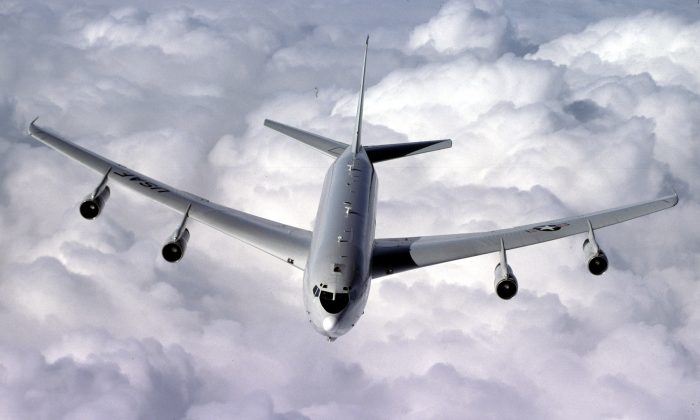 South Korea and the United States began week-long joint Navy drills in the waters around the Korean peninsula on Monday, Oct. 16, amid high tensions over North Korea’s nuclear and missile program.

About 40 Navy ships from both countries, including the nuclear-powered USS Ronald Reagan aircraft carrier and USS Michigan submarine, are taking part in the exercises on the east and west coasts of the peninsula from Oct. 16 to 20, South Korea’s defense ministry said on Monday, Oct. 16.

“The exercise will provide a visible and coordinated engagement for the U.S.–ROK [Republic of Korea] alliance …  continuing the United States’ national policy and commitment to the U.S.–ROK alliance and the region,” the commander of the U.S. 7th Fleet said in a statement.

North Korea has called joint military exercises by the United States and South Korea a “rehearsal for war.”

“Now, the Korean Peninsula is on the threshold of a nuclear disaster and no one knows at what time a thermonuclear war will break out,” state-run Korea Central News Agency (KCNA) said on Monday.

Tensions on the Korean peninsula have risen sharply in recent weeks following a series of weapons tests by Pyongyang, including its sixth and most powerful nuclear test on Sept. 3 and two missile launches near Japan, one into the Sea of Japan and one over Japan.

Earlier this month, news broke that the United Kingdom, a key U.S. ally and NATO member, has been drawing up military plans for a potential armed conflict with North Korea.

President Trump has been hitting the North Korean regime hard in recent weeks. Last month he got China to agree to new U.N. Security Council sanctions on North Korea. The regime admitted in a rare article published by its state media late last month that the sanctions were causing a “colossal amount of damage.”

Last week, Trump stepped up his attacks on the rogue regime, saying that negotiations with it are not effective and that “only one thing will work.” Trump’s Director of the Office of Management and Budget, Mick Mulvaney, later said that the president was telegraphing with the statement that “military options are on the table.”

Secretary of State Rex Tillerson said Sunday on CNN’s “State of the Union” that he will continue diplomacy “until the first bomb drops.”

“The President has also made clear to me that he wants this solved diplomatically,” Tillerson said. “He is not seeking to go to war.”