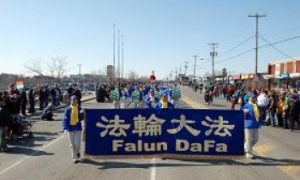 US and South Korea Await North’s Willingness for Denuclearization

The meeting on Wednesday was part of Bosworth’s tour of China, Japan, and South Korea. It comes as an attempt at finding a diplomatic solution to growing tensions with North Korea, while holding firm against the North’s threats.

Bosworth is “working through an assessment of where we are on the Korean Peninsula and the way forward,” said Department of State (DOS) spokesman Phillip J. Crowley, during a Tuesday briefing.

“We don’t just want to have talks for talks’ sake,” Crowley said, adding that the goal is “to see specific things from North Korea, including a reduction of tension between North and South, an end to provocations, and a seriousness of purpose with respect to its 2005 obligations under the joint statement.”

The North is showing willingness to cooperate. North Korea’s state-run media stated it is willing to achieve the denuclearization of the Korean Peninsula. It also posted a Twitter message on Wednesday saying that unification is important.

The seemingly cooperative response is unusual for the North, which has threatened “all-out war” in the past. Last year, the North “blasted” the South Korean president’s remarks on unification and took a negative stance against a congratulatory message from the minister of Unification, according to weekly report from the South Korean Ministry of Unification.

The troubled six-party talks on North Korea’s nuclear program include the United States, Japan, Russia, China, and the two Koreas. In July 2009, North Korea declared the talks dead, but expressed willingness to resume talks in 2010.

On his Asia tour, Bosworth’s next visit will be Japan, and will conclude with China.