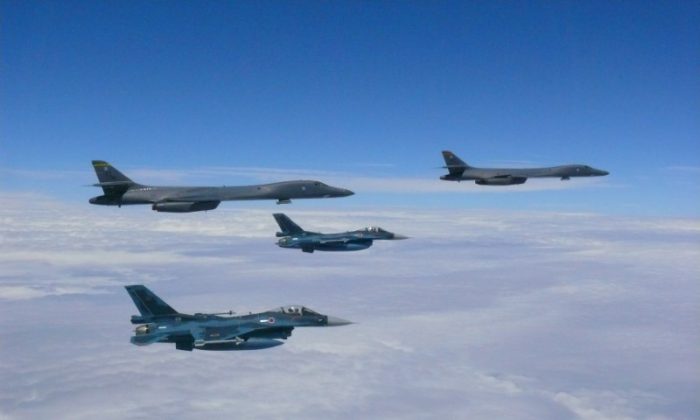 US and Russia Spar Over ‘Unsafe’ Spy Plane Intercept Near Syria

A Russian aircraft intercepted a U.S. aircraft flying in international airspace over the Mediterranean Sea three times in just under three hours Tuesday, June 4, according to the U.S. 6th Fleet.

“On June 4, 2019, a U.S. P-8A Poseidon aircraft flying in international airspace over the Mediterranean Sea was intercepted by a Russian SU-35 three times over the course of 175 minutes,” the 6th Fleet said in a statement Tuesday.

The second of the three interactions “was determined to be unsafe” due to the Russian aircraft “conducting a high speed pass directly in front of the mission aircraft, which put our pilots and crew at risk,” it said.

The American aircraft was maintaining international standards and “did not provoke this Russian activity,” the statement continued.

“While the Russian aircraft was operating in international airspace, this interaction was irresponsible. We expect them to behave within international standards set to ensure safety and to prevent incidents,” the 6th Fleet wrote, adding that “unsafe actions‎ increase the risk of miscalculation and potential for midair collisions.”

The interaction marked another recent brush with Russian aircraft.

Russia’s Ministry of Defence said it had scrambled a Sukhoi Su-35 jet from its air base in Syria to intercept the U.S. plane which it said had been approaching Russia’s Tartus naval facility on the Syrian coast, the RIA news agency reported on Wednesday.

Moscow denied its aircraft had acted irresponsibly, saying it had stayed at a safe distance and had returned to its base after the U.S. aircraft changed course.

Those bombers were intercepted by two F-22s, exited the air space, and then re-entered the Air Defense Identification Zone along with two Su-35 fighter jets, according to the agency.

As a result, “NORAD committed an additional two F-22s and E-3 to relieve the initial intercept aircraft. A KC-135 refueling aircraft supported both of NORAD’s intercept teams,” it said.

After that, the Russian jets stayed in international airspace and at no time entered U.S. or Canadian airspace, NORAD noted.

NORAD committed an additional two F-22s and E-3 to relieve the initial intercept aircraft. A KC-135 refueling aircraft supported both of NORAD’s intercept teams. The Russian aircraft remained in international airspace and at no time entered U.S. or Canadian sovereign airspace.

A day before that, on May 20, NORAD said it intercepted several Tupolev Tu-95 bombers and Su-35 fighters after entering the Alaskan airspace zone.

The agency also noted that it has experienced a total of five intercepts in the Air Defense Identification Zone in 2019 “and the 2nd day in a row that Russia has flown into the Alaskan” zone.

The Russian Defense Ministry confirmed the first incident on Twitter on May 20.

The ministry said its Aerospace Forces “made scheduled sorties over the neutral waters of the Chukotka, Bering and Okhotsk seas, as well as along the western coast of Alaska and the northern coast of the Aleutian Islands.”

The ministry claimed that the flights were “carried out in strict accordance with the International Airspace Management System without violating the borders of other states.”

The Russian bomber flights are seen by U.S. military officials as part of Moscow’s effort to train its military for a potential crisis while sending a message of strength to adversaries.