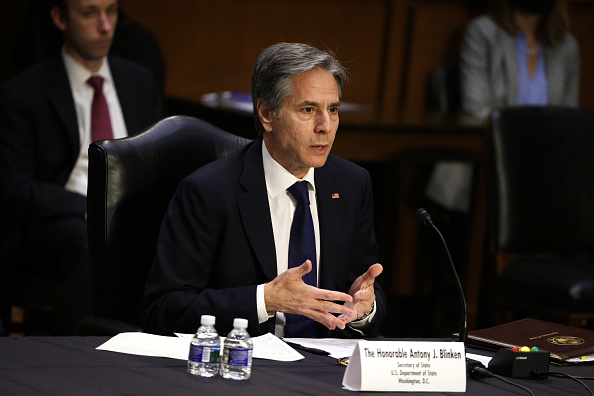 The U.S. Treasury Department and Qatar have issued joint sanctions on members of the networks that finance the Iran-backed terrorist group Hezbollah.

In a statement on Sept. 29, Office of Foreign Assets Control (OFAC) Director Andrea M. Gacki said Hezbollah had “abus[ed] the international financial system by developing global networks of financiers to fill its coffers and support its terrorist activity.”

“The cross-border nature of this Hizballah financial network underscores the importance of our continued cooperation with international partners, such as the Government of Qatar, to protect the U.S. and international financial systems from terrorist abuse,” added Gacki, using an alternative spelling of Hezbollah.

The Office of Foreign Assets Control has imposed sanctions on seven Gulf residents including Ali al-Banai and one Qatari company, AlDar Properties, that allegedly provide financial support to Hezbollah.

According to the statement, Ali al-Banai has had meetings with Hezbollah officials regularly in Lebanon and Iran, and has transferred tens of millions of dollars to Hezbollah via Kuwait-based donors and a Kuwait-based branch of Martyrs Foundation that was established to provide financial support to families of killed or imprisoned terrorists, including suicide bombers in Palestinian territories.

The OFAC will block any financial transactions involving assets of sanctioned parties who will no longer have access to the U.S. financial system. Similar measures will apply in Qatar.

U.S. Secretary of State Antony J. Blinken said the sanctions were “one of the most significant joint actions we have taken with a Gulf Cooperation Council (GCC) partner to date.”

Blinken also called upon other governments to follow suit and designate, restrict, or ban the Hezbollah movement.

The United States designated Hezbollah as a terrorist organization in 1997, with the Gulf Cooperation Council following suit in 2016.

Earlier this month, the OFAC issued similar sanctions on Hezbollah financiers in Lebanon and Kuwait.

Prior to the joint sanctions, Qatar also coordinated with the United States earlier this month when Qatar officials assisted with the evacuation of Americans out of Afghanistan.

In its economic depression Lebanon has seen food and fuel shortages as well as 400 percent inflation. The World Bank estimated in its 2021 spring report that more than half the country’s population was likely below the national poverty line.

Meanwhile Hezbollah has been importing Iranian fuel shipments into Lebanon, an act that breaches Lebanon’s sovereignty.

When asked about Hezbollah’s imports in an interview with CNN, Lebanon Prime Minister Najib Mikati said, “I am sad about the violation of Lebanon’s sovereignty, but I have no fear of sanctions on Lebanon, because the operation took place in isolation from the Lebanese government.”