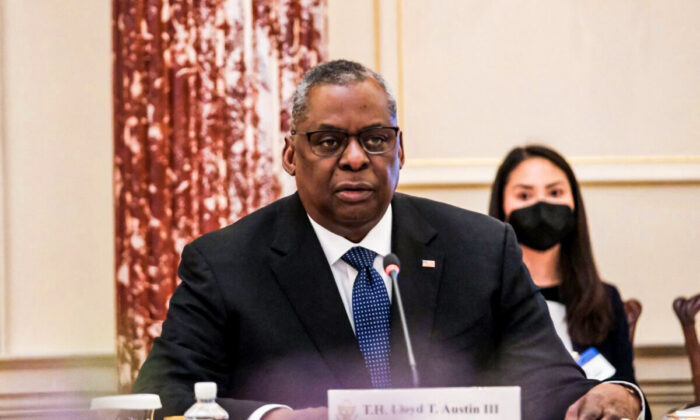 The two countries signed the agreement during a U.S.–India 2+2 ministerial that was held by U.S. Secretary of State Antony Blinken and Austin on Monday with their Indian counterparts, Defense Minister Rajnath Singh and External Affairs Minister Subrahmanyam Jaishankar.

“I’m pleased to announce that just a few moments ago, we signed a bilateral space situational awareness arrangement, and this will support greater information sharing and cooperation in space,” Austin told a press briefing shortly after the meeting wrapped up.

“We’re also deepening our cooperation in cyberspace, including through training and exercises later this year. And we’re expanding our information sharing partnership across all warfighting domains,” Austin said.

The U.S.–India 2+2 ministerial covered the topics of counterterrorism; operationalizing the Major Defense Partnership; new domains of cooperation in space and cyber and emerging technologies; and multilateral cooperation.

Broad talks between the world’s two largest democracies took place as the United States seeks more help from India in condemning and applying economic pressure on Russia for its invasion of Ukraine, which Moscow calls a “special military operation.”

“Recently, the news of the killings of innocent civilians in the city of Bucha was very worrying,” Modi said during a brief portion of his meeting with Biden open to reporters. “We immediately condemned it and have asked for an independent probe.”

Blinken said Monday that the signing of the Space Situational Awareness Agreement “is a demonstration of our growing technology partnership which we believe has virtually limitless potential for exploration, for discovery, for achievement, to the benefit of people in both of our countries and indeed around the world.”

“We look very much forward to continuing to build a stronger future for both of our countries, both of our peoples through our defense and security cooperation, through our deeply connected economies, through our shared values and common bonds, and to do so for many, many decades to come,” he said.