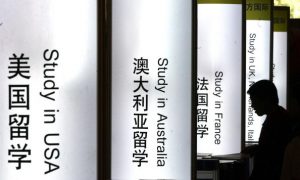 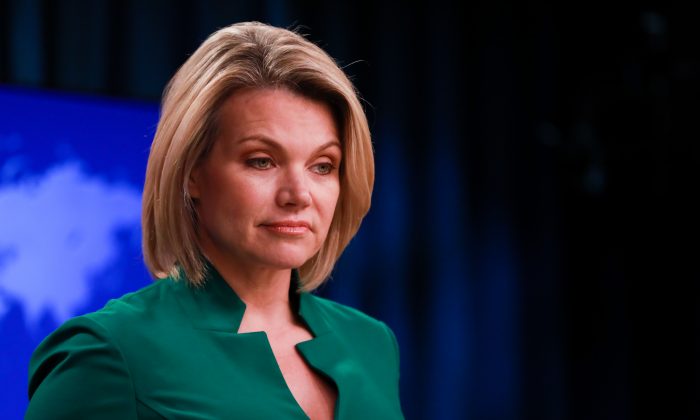 Acting Under Secretary of State for Public Diplomacy and Public Affairs and State Department spokesperson Heather Nauert holds a press briefing at the Department of State in Washington on July 31, 2018. (Samira Bouaou/The Epoch Times)
Trump Administration

U.S. ambassadors to El Salvador, Panama, and the Dominican Republic were called back to the United States over the three countries’ decision to break ties with Taiwan.

“Our three chiefs of mission will meet with U.S. government leaders to discuss ways in which the United States can support strong, independent, democratic institutions and economies throughout Central America and the Caribbean,” State Department spokesperson Heather Nauert said in a statement.

As I said yesterday before their decision was announced,their would be real consequences in our relationship with #ElSalvador if they broke with #Taiwan in favor of #China. They think we are going to react the same way we did to #Panama & #DominicanRepublic. They are very wrong.

The Sept. 7 announcement came three days after Sen. Cory Gardner (R-Colo.) introduced a bill called the TAIPEI Act that would allow the secretary of state to modify diplomatic relations with and foreign aid to countries that break off relations with Taiwan.

Beijing has been seeking to bring Taiwan into its fold since the Kuomintang fled to Taiwan after losing to Chinese Communist Party forces in 1949. The Chinese regime considers Taiwan a province of the mainland and has tried to eliminate any references to it as an independent country.

The United States switched diplomatic recognition to the People’s Republic of China from Taiwan in 1979, but the Taiwan Relations Act, passed shortly after, provides for de facto diplomatic relations with Taiwan and provision for its self-defense needs.

After El Salvador cut diplomatic relations with Taiwan, the White House put out a statement accusing China of luring the country away with promises of state-backed investment, and warning that any economic benefits China could offer would “facilitate economic dependency and domination, not partnership.”

The White House also said it would be re-evaluating its relationship with El Salvador in light of its decision.

“This is a decision that affects not just El Salvador, but also the economic health and security of the entire Americas region,” it said in a statement.