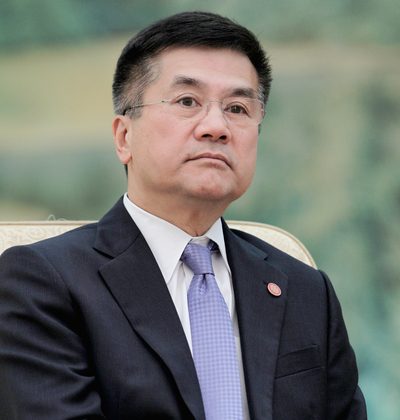 Commentary on U.S. Ambassador Gary Locke has once again swirled on China’s Internet, amid controversy in state-run media over how the U.S. Embassy sheltered the blind human rights activist Chen Guangcheng.

On May 14, state-run Beijing Daily republished a Sina Weibo post by a user under the name “wood-bell Wei Zhiqi,” who claimed that Locke lives in a residence “built at a cost of hundreds of millions of dollars,” and travels “in a custom made, bullet-proof luxury car.”

“The living costs of his family and servants are paid by U.S. taxpayers. How can such a luxurious lifestyle be called simple and unadorned? Let me ask why Ambassador Locke did not publish these aspects of his life? He only showed the public his coffee and economy class ride. If that’s not making a show, what is it?”

This statement alluded to a photo of Locke widely circulated on the Internet in 2011. It showed Locke in a backpack standing in front of a Starbucks register at Sea-Tac Airport in Seattle and was posted on Weibo.

The man who took the photo, identified as a Chinese-American businessman Tang Zhaohui, commented, “Such things are impossible in China. Even the low-level officials have others buy their coffee and take care of their luggage.” The photo was reposted more than 40,000 times on Weibo.

After Beijing Daily republished the post that asked Gary Locke to “please declare your assets,” the former president of Google China, Kai-Fu Lee, found tables of federal officials’ assets and published them online. His entry was reposted by many Weibo users.

Richard Buanga, spokesperson of the U.S. Embassy in China, also uploaded the foreign services salary table issued by the Department of State.

The Beijing Daily post follows upon commentary published by state-run media attacking the blind activist Chen Guancheng, who sought sanctuary in the U.S. Embassy, as a “tool of the West” and Locke for his role in the affair.

The May 14 entry attacking Locke has been deleted from Beijing Daily’s Weibo account. Other news articles on netizens’ negative reaction toward the post published by Chinese news outlets found on Google search could not be opened. According to People’s Daily, comments on Weibo are also being censored more strictly.

The same day, Study Times, the newspaper managed by the Central Party School of Chinese Communist Party, published an editorial saying that the effort to make CCP officials declare their property is not ideal. In 1994, the “Property Declaration Act” was included in the legislative plan, but various reasons made the act impossible to implement, the paper claimed.