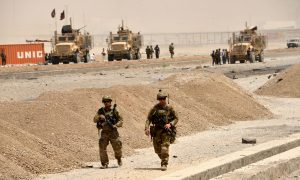 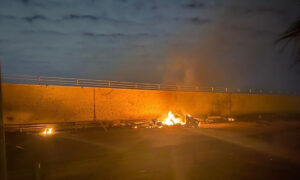 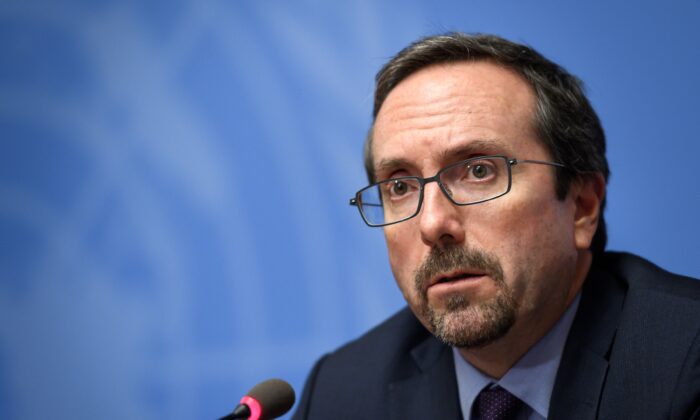 US Ambassador to Afghanistan John Bass attends a press conference during the U.N. Conference on Afghanistan in Geneva on Nov. 27, 2018. (Fabrice Coffrini/AFP via Getty Images)
Asia & Pacific

John Bass, the U.S. Ambassador to Afghanistan, stepped down in an expected departure, the State Department said on Monday.

Bass confirmed the news, releasing what he described as a farewell video after spending two years in Kabul.

“As diplomats, we rarely stay long enough in the country to see and experience a whole story. We arrive in the middle of a tale. We learn about the chapters we missed. And sometimes we become part of the story,” Bass said in the video.

“None of us knows how this story, this chapter in the large tale of this country and its people, will end,” he added.

His wife, diplomat Holly Holzer-Bass, said she and her husband would choose an ending that had Afghanistan in peace, with itself and its neighbors.

1/3 It is time for Holly and I to leave #Afghanistan. We will cherish our memories of the Eid holiday in 2018 when peace fell over the whole country and Afghans saw it was possible for both sides to stop the violence.

In a statement on Twitter, Bass said: “It is time for Holly and I to leave Afghanistan. We will cherish our memories of the Eid holiday in 2018 when peace fell over the whole country and Afghans saw it was possible for both sides to stop the violence.”

“My earnest hope is for leaders and citizens across this country to find strength in unity, put aside their differences, and work together to negotiate a political settlement with the Taliban. Afghans and this beautiful country deserve nothing less,” he added. “Holly and I look forward to returning to a peaceful Afghanistan.”

Until a replacement for Bass is decided upon, Ross Wilson, who has been America’s Ambassador to Turkey and Azerbaijan, will be appointed to the post temporarily, the department said in a statement.

Bass “skillfully advanced the Trump administration’s goal of reaching a political settlement in Afghanistan that ensures terrorists can never again threaten the United States from Afghan soil while leading a large diplomatic mission in the face of numerous security threats,” the statement said.

Bass leaves amid peace talks between the United States and Taliban.

The Taliban said after President Donald Trump visited the country for Thanksgiving that it was ready to restart peace talks. Trump said that the two sides both wanted a ceasefire.

Washington’s peace envoy, Zalmay Khalilzad, is working on a deal between the Taliban and the Afghan government.

The Taliban in late December disputed reports that it had agreed to a ceasefire. “The fact is, the Islamic Emirate of Afghanistan has no ceasefire plans,” the group said.