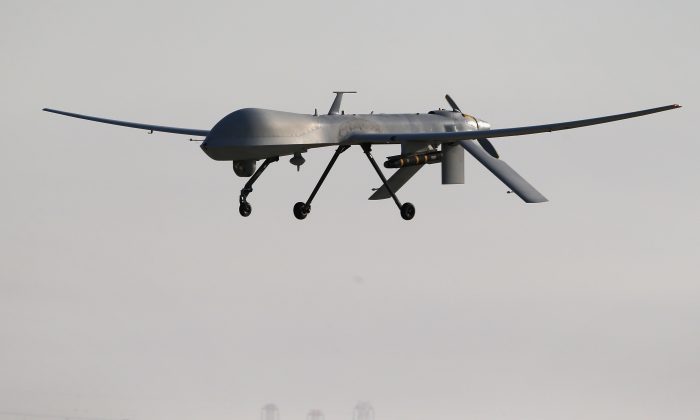 The precision strike occurred in Wadajir, Somalia, according to a statement from AFRICOM. No other casualties were reported.

“Al-Shabaab attacks range from unsophisticated to complex operations, and include assassinations, IEDs and vehicle-borne IED attacks, among other brutal tactics,” stated U.S. Army Brig. Gen. Gregory Hadfield. “Removing even one of these terrorists from the field supports our partners on the ground and prevents that individual terrorist from planning or executing future attacks on Africans and Americans,” Hadfield added.

The official noted that Somalia is a key “security environment” in the region and long term security is a necessity.

The United States carries out regular airstrikes in Somalia in support of a weak, United Nations-backed government in Mogadishu, which has fought al Shabaab for years.

On Wednesday, al-Shabaab militants carried out attacks on two military bases, including using a suicide vehicle loaded with explosives, according to a local commander. They attacked the Qoryoley army base near Mogadishu and also the nearby Ceel-salini military base.

“The terrorists carried out an … attack on the military bases at Qoryoley and Ceel-salini but our brave boys repelled them, they (Shabaab) have suffered heavy casualties this morning and the army is in full control in the both areas now,” said Mohamed Adan, a Somali military commander, reported AFP. “They have destroyed part of the bridge across the entrance to Qoryoley where the Somali military base is located using a vehicle loaded with explosives.”