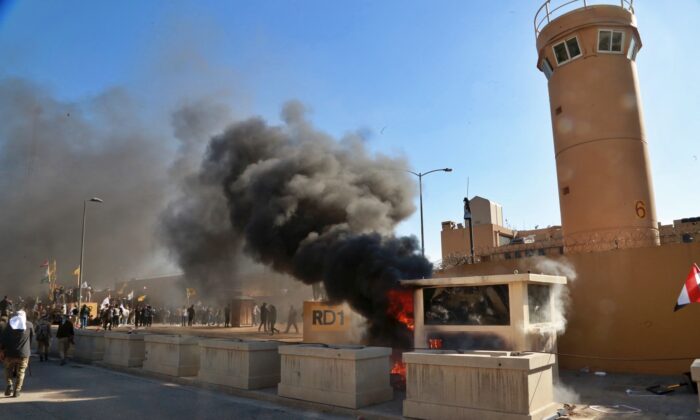 Airstrikes on Friday night hit an Iraqi militia convoy north of Baghdad, killing at least six people, according to reports.

The airstrikes took place at around 1:12 a.m. local time.

An Operation Inherent Resolve (OIR) spokesman stated that the airstrikes were not conducted by coalition forces. “FACT: The Coalition did NOT conduct airstrikes near Camp Taji (north of Baghdad) in recent days.”

FACT: The Coalition @CJTFOIR did NOT conduct airstrikes near Camp Taji (north of Baghdad) in recent days.

According to The Associated Press, an Iraqi official said the airstrike has hit two cars carrying Iran-backed militia and that five members of the militia were slain.

The identities of those who are killed are not immediately known.

An official told Reuters that two of three vehicles making up the convoy were found burned north of the city.

Correction: A previous version of this article incorrectly reported that the airstrikes were done by U.S. forces. The Epoch Times regrets the error.