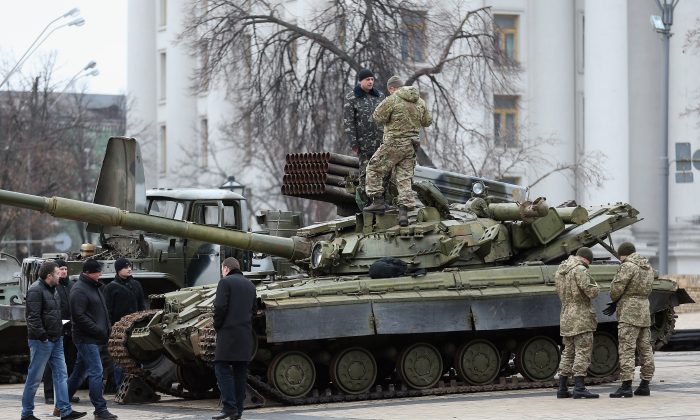 RAND Corporation released a new report on May 31, stating that China, Russia, and Iran are using “short of war” methods to erode the influence of the United States in Europe, Asia, and the Middle East. It says each of these countries is using strategies that include (but aren’t limited to) terrorism, aggressive diplomacy, and covert action.

“Nothing can be done to eliminate the threat posed by measures that are short of war,” said Ben Connable, lead author of the report and a senior political scientist at RAND, in a press release.

“Instead, addressing use of these tactics requires an effective U.S. grand strategy that seamlessly incorporates measures short of war into a long-term, globally integrated plan,” he said.

The report was sponsored by the U.S. Army, and its full title is “Stretching and Exploiting Thresholds for High-Order War: How Russia, China, and Iran are Eroding American Influence Using Time-Tested Measures Short of War.”

As a few examples of conflicts “short of war” in action, the report says Russia has used propaganda and limited military action to seize parts of Ukraine; China has used diplomacy, finance, and subtle military action to expand into the East and South China Seas; and Iran has used covert action, investments, and pressure through religion to “further its interests in Iraq at great U.S. expense.”

The U.S. strategies to counter these moves have been largely ineffective, the report says, and it argues this is because strategists in the United States are still using “outmoded and ineffective linear models of war.”

In other words, when it comes to warfighting, the United States is still using the old “stand up and fight me” model, but its adversaries are approaching war by much subtler and more sophisticated means.

The definition of “short of war” that RAND uses in the report shares some similarities to the forms of “Hybrid Warfare” and “Unrestricted Warfare” that other experts have warned China, Russia, and Iran are using to fight the United States through unconventional means.

Hybrid warfare involves using combinations of unconventional methods to advance strategic goals while avoiding traditional combat. An example would be Russia’s combined use of cyberwarfare, propaganda, and “little green men” — troops without insignia who claim not to be Russian — to seize Crimea.

RAND’s definition takes a different look at these strategies, and defines them as methods of fighting that fall short of war. It argues that “unrestricted warfare is simply a catchphrase for long-standing practice” and argues that using measures “short of war” can’t technically be considered “unrestricted” or “warfare.”

Of course, these are semantics, but the central ideas are generally the same: U.S. adversaries have developed and are using tactics to fight the United States that fall short of conventional warfare. RAND is also correct in stating these methods aren’t new (with cyber being among the few exceptions), as many of the tactics can even be found in classic military texts such as “The Art of War” by Sun Tzu.

US Senate Bill Seeks to Shine Light on Foreign Disinformation

The report says “the United States cannot be perfectly ready to counter any and all conceivable political, economic, legal, intelligence, or military threats around the world.”

It states, however, that despite the challenges, “U.S. policymakers should still consider ways to reduce U.S. strategic vulnerabilities and to develop a more-robust capability to rapidly counter and exploit events like the Russian seizure of Crimea.”

“All of the possible capabilities and actions that constitute measures short of war should be considered and, where feasible, developed or sharpened,” the report states.