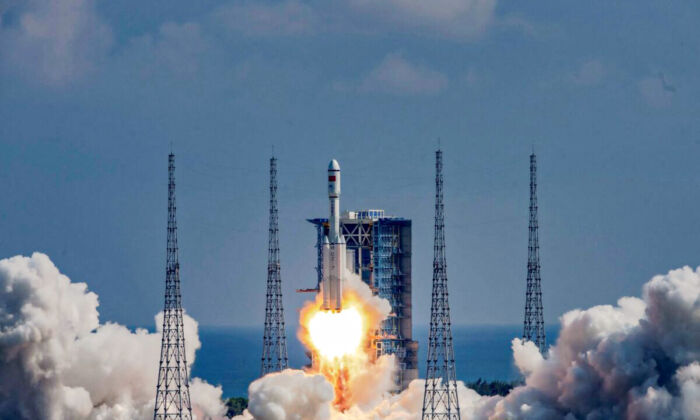 The Commerce Department announced on Aug. 23 that it has added seven Chinese entities to the economic blacklist over their roles in weaponizing U.S. technology to bolster the Chinese military.

The seven entities were accused of “acquiring and attempting to acquire US-origin items in support of the People’s Republic of China’s (PRC) military modernization efforts.”

“U.S. technologies that support space and aerospace activities should not be used to support the PRC’s military modernization,” Under Secretary of Commerce for Industry and Security Alan Estevez said in the statement.

“China’s military-civil fusion program requires BIS [Bureau of Industry and Security] to be vigilant and act forcefully when necessary to protect our sensitive technologies.”

Military-civil fusion (MCF) refers to a state-led strategy that seeks to harness civilian-developed research and technology to aid China’s military modernization, thus blurring the line between civilian and military sectors.

With this strategy, the Chinese Communist Party (CCP) seeks to achieve its regional and global ambitions by developing the most technologically advanced military in the world, the U.S. State Department said in a report (pdf).

“The CCP is implementing this strategy, not just through its own research and development efforts, but also by acquiring and diverting the world’s cutting-edge technologies–including through theft—in order to achieve military dominance,” the State Department said.

Companies on the list are barred from accessing U.S. materials or services without a special license.

“Technology is value neutral, and that’s why we exercise constant vigilance with respect to China, particularly in sectors like aerospace, where the potential for diversion to military applications is so high,” said Assistant Secretary of Commerce for Export Administration Thea D. Rozman Kendle.