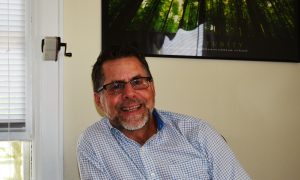 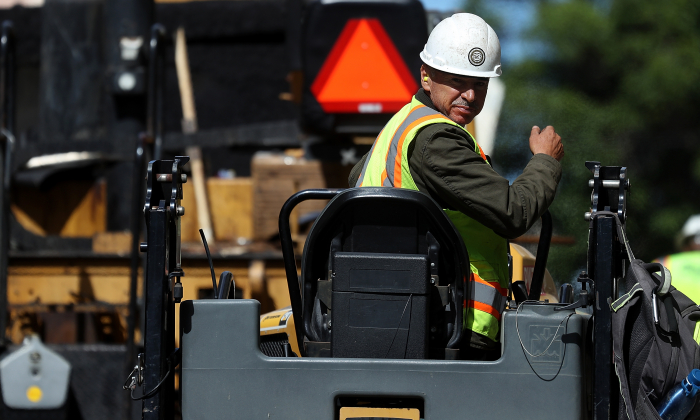 A construction worker operates a steam roller while paving a road in San Francisco, Calif., on Oct. 5, 2018. (Justin Sullivan/Getty Images)
US News

US Adds 128,000 Jobs as Hiring Remains Resilient Despite GM Strike

Employers across the United States added about 128,000 jobs in October, despite a General Motors strike that caused tens of thousands of workers to be classified temporarily as unemployed, according to Department of Labor statistics released on Friday.

The unemployment rate changed little at 3.6 percent, which is near a five-decade low, and average hourly wages rose 3 percent from a year ago.

The hiring figure defied a prediction by some economists who expected a sharp slowdown for the month. Bloomberg News had predicted that median 85,000 jobs would be added.

“Total nonfarm payroll employment increased by 128,000 in October. Job growth has averaged 167,000 per month thus far in 2019, compared with an average monthly gain of 223,000 in 2018. In October, notable job gains occurred in food services and drinking places, social assistance, and financial activities. Employment declined in motor vehicles and parts manufacturing due to strike activity. Federal government employment also was down, reflecting a drop in the number of temporary jobs for the 2020 Census,” according to the Labor Department.

President Trump touted the latest report, saying, “Wow, a blowout JOBS number just out, adjusted for revisions and the General Motors strike, 303,000. This is far greater than expectations. USA ROCKS!”

Throughout September and October, 48,000 United Automobile Workers from some 50 plants in the United States engaged in a walkout over issues including increased job security, a gateway for temporary workers to become permanent, better pay, and retaining healthcare benefits.

“Our members not only joined together in solidarity but felt the support of their whole community throughout this important stand,” Terry Dittes, the lead UAW negotiator at GM, said in a statement after the strike ended.

Nonfarm payrolls increased by 128,000 jobs last month, with manufacturing shedding 36,000 positions—the most since October 2009, the government’s survey of establishments showed. Striking workers who do not receive a paycheck during the payrolls survey period are treated as unemployed. The strike by about 46,000 workers at GM plants in Michigan and Kentucky ended last Friday.

The economy created 95,000 more jobs in August and September than previously estimated. Economists polled by Reuters had forecast payrolls rising by only 89,000 jobs in October.

Construction employment rose by 10,000 jobs in October. Hiring in the sector has slowed from a peak of 56,000 jobs in January. There were increases in professional and business services, healthcare, leisure and hospitality, financial activities, retail and wholesale trade employment last month.

Government employment fell by 3,000 jobs in October as 20,000 temporary workers hired for the 2020 Census completed their work.