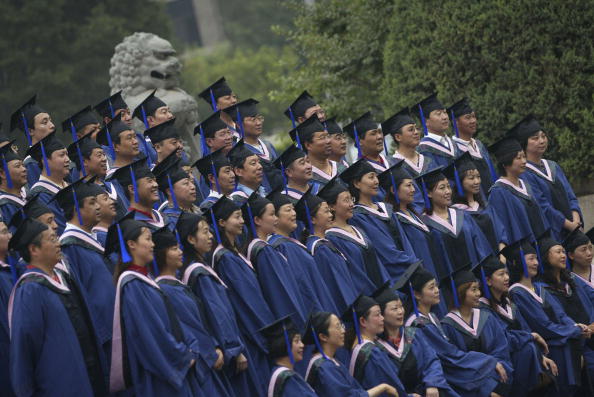 BEIJING—An American professor and vocal critic of Beijing’s censorship said he has lost his job at the prestigious Peking University and is leaving China.

Christopher Balding, who has taught at Peking University’s HSBC School of Business located in the southern Chinese city of Shenzhen for the past nine years, said in a July 17 blog post that the school has not renewed his contract.

Balding said in his post that he was given an “official” reason for his contract not being renewed, but said, “I know the unspoken reason for my dismissal.” He was notified in early November that his contract would not be renewed.

“You do not work under the [Chinese] Communist Party without knowing the risks,” he wrote.

Balding is a high-profile voice on the Chinese economy, with an active Twitter account with more than 17,000 followers, as well as regular Bloomberg columns. He is widely quoted in the media.

He has also been a critic of China’s economic and trade policies, as well as of what he perceived as increasing surveillance and censorship in the country.

Balding did not respond to an emailed request for comment, and his Chinese mobile phone number was disconnected.

Officials at Peking University in Beijing and at the business school campus in Shenzhen could not immediately be reached for comment.

Recently, Beijing has stepped up censorship and tightened controls on the internet and various aspects of civil society, as well as reasserting Chinese Communist Party authority over academia and other institutions.

Last August, Balding launched an online petition calling for Cambridge University Press (CUP) to refuse all censorship requests from the Chinese government after the publisher had bowed to pressure from Beijing to block online access to hundreds of scholarly articles in China.

CUP reversed the decision and restored access to the articles within a few days.

“The restrictions and how much they monitor you have increased significantly over the past couple of years,” he told Reuters last year during the controversy over Cambridge University Press.

“As a foreign professor, as long as I don’t talk about ‘four T’s’—Taiwan, Tibet, Tiananmen, and The Party—I’m pretty much okay,” he said at the time.

His current handle is “Capitalist Roader Balding”—referring to the Mao Zedong-era slur for someone with capitalist tendencies.

Balding said in his post that he had hoped to find a new position that allowed him to stay in China, but that it became clear he could not stay.

“China has reached a point where I do not feel safe being a professor and discussing even the economy, business, and financial markets,” he wrote.