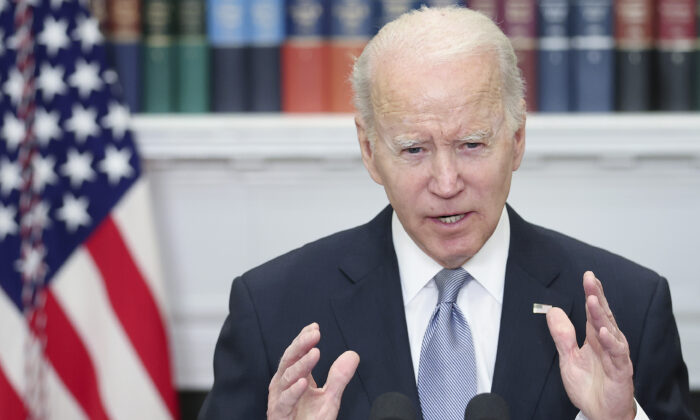 US, 60 Partner Nations Agree to Global Internet in Face of Chinese Authoritarianism

The United States and 60 partner nations signed a new declaration on April 28, affirming their commitment to develop and promote a single global internet in the face of growing authoritarianism from China and Russia.

The Declaration for the Future of the Internet was designed to champion “a single interconnected communications system for all of humanity” amid surging “state-sponsored or condoned malicious behavior.”

“This Declaration represents a political commitment among Declaration partners to advance a positive vision for the Internet and digital technologies,” the document reads. “It reclaims the promise of the Internet in the face of the global opportunities and challenges presented by the 21st century. It also reaffirms and recommits its partners to a single global Internet—one that is truly open and fosters competition, privacy, and respect for human rights.”

The push toward a single global internet comes mere weeks after former Director of National Intelligence Dennis Blair said the world was being broken up into different “technospheres,” with authoritarian nations such as China and Russia developing their own technologies and standards that were both technically and ideologically incompatible with those of democratic nations.

Those comments were accompanied by a report that found that the Chinese communist regime was actively “seeking to co-opt nonaligned nations around the globe to align with its technosphere” and to develop for itself authoritarian dependencies throughout the world.

To combat this, the new declaration aims to protect human rights, promote a single global internet, promote trust and inclusivity, and protect a multistakeholder approach to internet development.

“Over the last year, the United States has worked with partners from all over the world – including civil society, industry, academia, and other stakeholders to reaffirm the vision of an open, free, global, interoperable, reliable, and secure Internet and reverse negative trends in this regard,” the document reads.

That vision wouldn’t be without competition, it states, and the mission of maintaining open access to the freedom of information afforded by the internet would be a struggle.

“Over the last two decades, however, we have witnessed serious challenges to this vision emerge,” the document reads. “Access to the open Internet is limited by some authoritarian governments and online platforms and digital tools are increasingly used to repress freedom of expression and deny other human rights and fundamental freedoms.

“We are united by a belief in the potential of digital technologies to promote connectivity, democracy, peace, the rule of law, sustainable development, and the enjoyment of human rights and fundamental freedoms.”