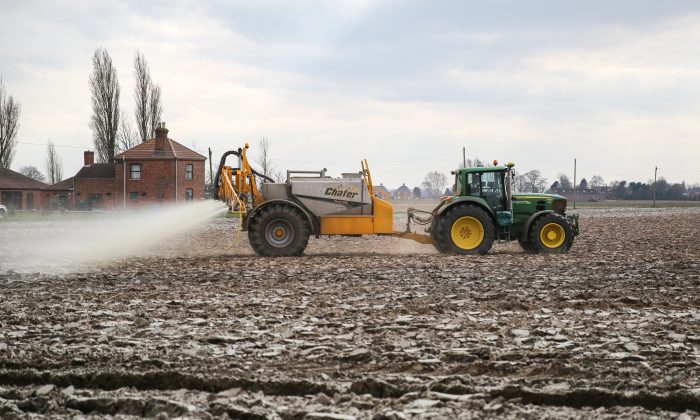 Urea, a key ingredient in agricultural fertilizer and diesel fuel, is skyrocketing in price due to disruptions in the global supply of this essential chemical.

The dramatic rise in the cost of urea exports, which have in turn led to increased food and fuel prices, is exposing the vulnerabilities of an interconnected supply chain.

The price of urea has risen over 70 percent this year, as urea futures have surged on high coal prices and concerns over low energy supplies.

China accounts for about a tenth of the world’s urea-based fertilizer exports and a third of exports of diammonium phosphate, another type of crop nutrient, according to the World Bank.

South Korea and Australia, which import almost all of their urea from China, are facing critical shortages of urea solution, which is used to reduce diesel vehicle and industrial emissions.

The South Korean government instituted rationing and bans on re-export of the chemical in November, as panic buying by truck drivers had exacerbated an acute shortage that has brought transport and industry to a grinding halt.

The South Koreans airlifted back thousands of gallons of urea, which they had sent to Australia for export before striking a deal with China to allow a few months’ supply to be imported.

Australia is now facing the same threat as South Korea, with the urea shortages set to come to a head by February 2022 at the very latest.

The country is on the brink of a major crisis that could see tens of thousands of vehicles pulled off the road and farmers facing mandatory restrictions on fertilizer use, as grocery supplies dwindle and prices skyrocket.

In India, farmers are fearing for their livelihoods, as the agricultural sector is facing a shortage of industrial fertilizer due to dependence on urea imports.

Fertilizer shortages in India have led to farmers rioting outside of government distribution centers as well as clashes with the police.

The Chinese energy crunch has led to the recent surge in price of coal and natural gas, which has forced fertilizer factories there to slash production.

As the price of fuel and fertilizer began rising this year, the CCP sent billions of dollars in subsidies and other support for domestic farmers and ordered a de facto ban on fertilizer exports through early 2022.

The impact of Hurricane Ida has exasperated the shortage after it took several large chemical plants out of service when it tore through the U.S. Gulf Coast in August.

People living in developed countries are expected to face higher costs at the dinner table, while continued fertilizer shortages in developing economies may lead to people facing trouble in meeting their basic dietary needs.

“If we see coal prices and natural gas prices staying at the levels we are seeing currently, then we are certainly going to see higher food prices,” said John Baffes, a World Bank economist, to the NYT. “There’s no question about it.”