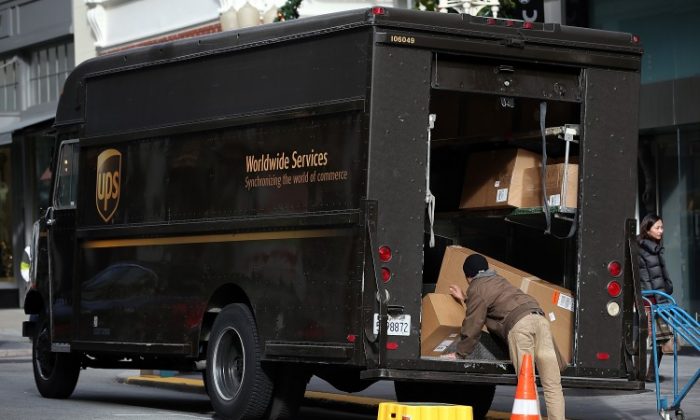 A UPS worker unloads packages from his truck on Dec. 20, 2012 in San Francisco, Calif. (Photo by Justin Sullivan/Getty Images)
US

“All of our drivers are out making deliveries throughout the day and into the evening. The volume of air packages in our system exceeded the capacity of our network as demand was much greater than the forecast, resulting in some shipments being delayed,” said the company in a service update on Tuesday.

UPS added that “we expect a vast majority of these packages will be delivered the day after Christmas,” adding that “we sincerely apologize for any inconvenience.”

Customers can go to the UPS.com tracking website to see the progress of the delivery.

Earlier, a spokesperson said that it was only a “small percentage” of packages that would be affected but it later updated it to a “vast majority” of packages.