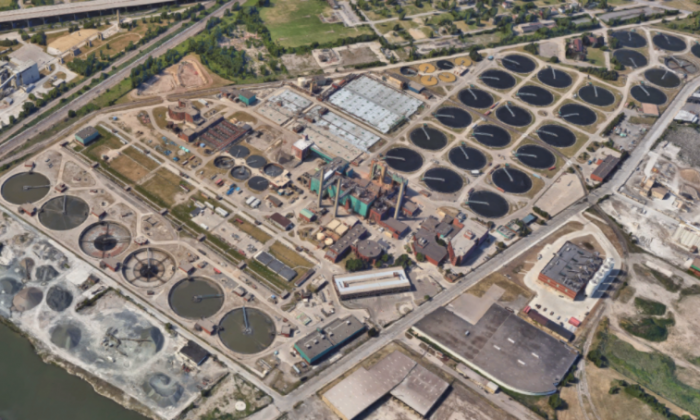 Another organ has been found at the wastewater plant in Detroit, making it the fourth discovery this month.

A source told WJBK that a heart was discovered on Saturday, Dec. 23.

A total of four kidneys and one heart have been found at the Great Lakes Water Authority’s (GLWA) Water Resource Recovery Facility (formerly known as Wastewater Treatment Plant).

The Wayne County Medical Examiner’s Office is currently testing whether the organs are human.

“It’s inconclusive whether or not the tissue is human,” Lisa Croff, a spokesperson for the Wayne County Department of Health told Detroit Free Press. “It’s being sent out for testing.”

Earlier this month, employees on multiple occasions discovered what appears to be human organs at the plant’s wastewater screening area—the area that filters out debris from the wastewater before it goes into the treatment process, according to a statement by the GLWA, reported the news station.

Yesterday staff members noticed an object in the Water Resource Recovery Facility's (formerly known as Wastewater Treatment Plant) wastewater screening area— the area that filters out debris from the wastewater before it goes into the treatment process. @FOX2News pic.twitter.com/mKEkfXnTYX

The staff immediately notified Detroit Police Department (DPD) who are now investigating the origins of the organs.

“I know in the past weeks we’ve had some other incidents. There is an investigation into it right now,” Capt. Darin Szilagy of the Detroit Police Department told WJBK last week. “The results are still not back from the medical examiner for the origin of the recovered organs in the past week, so it’s an ongoing investigation.”

According to GLWA, the discovery of the organs does not affect the water treatment process since they were found in the pre-treatment stage of the filtration process.

According to the Great Lakes Water Authority website, the Water Resource Recovery Facility “is the largest single-site wastewater treatment facility in the United States.” The plant treats wastewater generated by up to 4 million people in Detroit and nearby communities.

The facility currently serves the needs of 35 percent of Michigan’s population. The plant was named as one of the top 10 engineering projects of the 20th century in 1999 by the American Society of Civil Engineers.