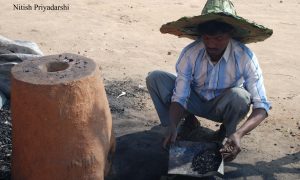 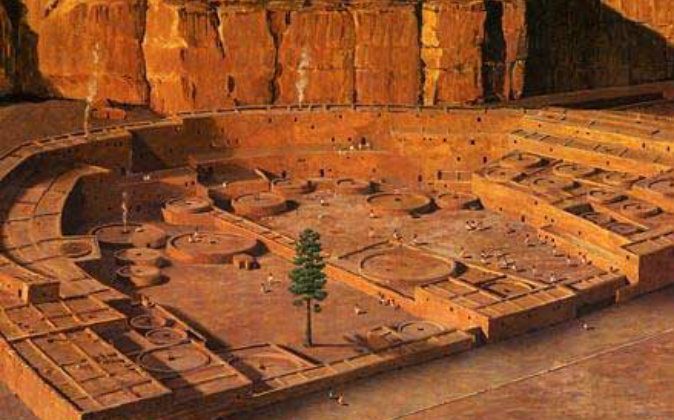 Unraveling The Mystery of The Chaco Canyon Culture Collapse

For over 2,000 years, ancient Pueblo peoples occupied a vast region of the south-western United States. Chaco Canyon, a major centre of ancestral Pueblo culture between 850 and 1250 AD, was a focus for ceremonials, trade and political activity for the prehistoric Four Corners area. The Puebloans quarried sandstone blocks and hauled timber from great distances, assembling fifteen major complexes that are thought to have been the largest buildings in North America until the 19th century. The massive multi-storied buildings oriented to solar, lunar, and cardinal directions, the high level of community social organization, and its far-reaching commerce, created a cultural vision unlike any other seen before or since in the country. However, all of this suddenly collapsed in the 13th century when the centers were mysteriously abandoned and were never revived.

The long-held theory is that the downfall of the Chaco Canyon culture occurred because of the poor land-use and deforestation that took place to build the cities. It is popularly cited by environmentalists and others as an example and warning of how human society employs unsustainable land-use practices. However, new research published in the Proceedings of the National Academy of Sciences has drawn this perspective into question.

According to a report published in Popular Archaeology, the study conducted by scientists from the Department of Anthropology, University of New Mexico, shows that there is no substantial evidence to support the claim that the ancient Puebloan peoples, who constructed highly advanced towns and cities, simply overused their resources.

“There is no direct evidence for human impacts on local woodlands during the Bonito Phase [the period of high construction from AD 850 to 1150], no indication that agricultural fields were destroyed by deforestation or any other process, and, surprisingly, no conclusive information about the amount and sources of archaeological wood,” write the researchers in their report.

“Our point,” the researchers continue, “is that we do not know where most of the wood in Chaco great houses originated, and we cannot eliminate local (canyon drainage) sources. Consequently there is no basis for concluding that the abandonment of Chaco Canyon was brought on by deforestation, improvident use of natural resources, or unstable exchange relationships, and therefore there is no reason to use Chaco’s history as a warning from the past about societal failure.”

While the latest study dismisses previous theories regarding the downfall of the Chaco Canyon culture, it still leaves open the question as to what exactly happened around 700 years ago that caused the once great culture to collapse.

* Image of a digital reconstruction of Chaco Canyon. (Saravask via wikimedia commons)