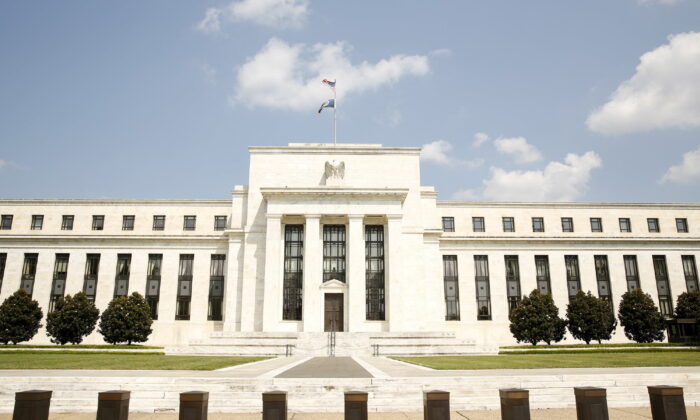 Unprecedented Warning About Leaping From the Frying Pan

By now you’ve digested the June CPI report. It’s been all over the media, pulled apart and dissected for mainstream, rudimentary analysis. The headline above 9 percent (annual) for the first time in a very long time, being the highest again in more than forty years primarily due to the usual suspects food and energy (responsible for more than half of the increase).

From that perspective, anyone can understand the politics of the situation. The average American has to eat, and will likely fill up their automobile (a lot of them trucks and SUVs) regularly.

Mainstream media and politics demand your attention focus on the Federal Reserve and rate hikes (QT thrown in). However, there’s nothing that moving an antiquated money market rate around is going to do about gasoline supply or vegetables and meat. Officials have tried to sell the public—and the markets—on a Phillips Curve version of consumer prices so as to sell rate hikes by proxy as a plausible solution.

This is where market pricing and positioning tells us something very important about the current situation as well as how it is very likely to be resolved. When the Bureau of Labor Statistics released its CPI report Wednesday morning, initially the entire bond market sold off rather dramatically as any close observer would have expected.

Rates at both the front end of each curve along with those at the outer maturities surged together. Those politics behind a now-even-higher CPI demand the Fed increase its benchmark interest rates that much more attempting to assuage public anger, to appear as if the government is doing something, and going to be doing a lot more, to “fight inflation.”

Then something awful happened. Around 10:10 a.m. EDT, long end rates plummeted. Yes, they fell sharply while those at front remained as high as they had been.

The result was an entire yield curve inverted the most since 2007; to the point that the 52-week (12-month) Treasury bill rate was sent a whopping 26 bps above the 10-year Treasury note yield!

Inversion is not new in 2022 and has been progressing rapidly from back to front to the point it has now reached into the bills. As many people might be aware, yield curve inversion is associated with recessions for a reason. While they are told to only pay attention to specific parts of the Treasury market, such as the difference between the 2-year note rate and that for the 10-year (2s10s), the fact is any inversion anywhere is a powerful threat.

And spreading inversion an even more powerful one about both what and when.

The worst of all this is eurodollar futures, a market where the biggest players in the world hedge the largest leveraged portfolios you can possibly imagine containing a whole range of financial issues most can’t. The monetary system itself is using these contracts to manage perceptions about all the basic financial and economic fundamentals, including inflation probabilities, as well as prospects for growth/opportunity or safety.

Unlike those at the Fed, with so many trillions on the line traders here can’t afford to be political or cavalier; which is why the eurodollar futures curve has repeatedly predicted future conditions with useful precision whereas mainstream econometric forecasts aren’t ever usable as even toilet paper.

More than a decade ago, this curve had inverted warning of impending crisis beginning in November 2006—alarms those at the Federal Reserve and in the media promptly ignored (gladly admitting this in private discussions). And while the market condition only got worse, more inverted, the Fed let the public sit fat, dumb, and happy as the increasingly dire situation followed the course set out by upside-down eurodollar futures (and Treasuries).

Yet, as bad as all that would get in 2007, the eurodollar curve was never so awfully distorted as it is now especially after Wednesday’s trading.

It is simply unprecedented. These are terms you never want to see associated with indications, curves like this.

Like USTs, the market initially sold off front and back Wednesday pricing more rate hikes the FOMC will force through after June’s CPI estimate. It didn’t take long for that to reverse outside the initial few contracts up front; so that afterward, the market was trading for more Fed rate hikes that will end quicker and become faster rate cuts sooner.

What must these real money behemoths be so worried about that they’d hedge in this peculiar fashion, and to this eye-opening degree? They’ll be protected against a situation where, in more literal terms, as I just wrote, Chairman Jerome Powell does a few more political rate hikes because of an even-higher CPI, but then stops before turning around 180 degrees to begin more rapidly cut those same rates.

And do all that almost certainly beginning this year.

To start with, CPIs in upcoming months would have to be materially less; the end of “inflation” more and more in sight.

We see this growing possibility make its way into market-based future CPI expectations, the inflation breakevens in TIPS which have materially diverged from WTI oil going back to late April. This means the same thing as inverted curves, only with the added bonus of including consumer price details in the outlook. In other words, the market is trading for lower average CPIs even if oil prices don’t decline from here!

Nothing is ever certain about the future in the dynamic world we inhabit, especially when it comes to this incredibly complex system of money, markets, and economy spanning the face of the entire planet. However, altogether these markets (and there’s more, from interest rates swaps to US$ exchange and crashing commodities) providing useful and historically validated signals and warnings are projecting as darn near as certain as maybe it will ever get that our consumer price nightmare will all be over shortly.

From then, frying pans and fires.

It’s not about rate hikes or the Fed, and not even about consumer prices as much any longer. Those ships sailed off the edge of each market curve as those curves have twisted more and more inverted. Recession, yes, but also recession plus an unnatural probability for an unhealthy dose of deflationary money and finance, more than what’s been experienced already—if you haven’t noticed.

Even on the day when the CPI hit nine, we were even more forcefully cautioned about something else entirely.