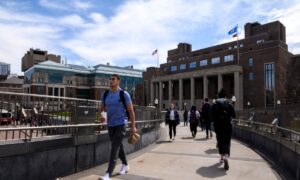 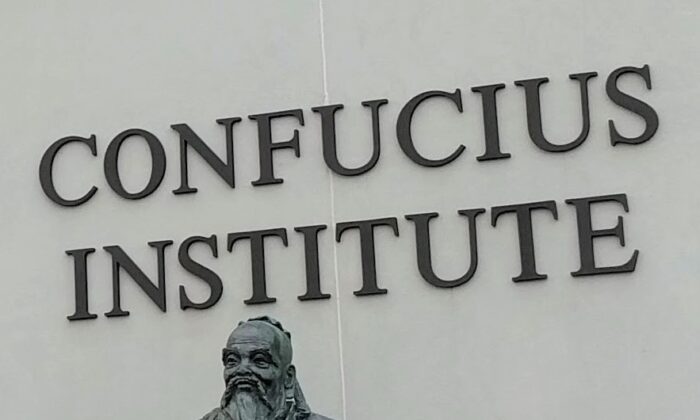 ADELAIDE, Australia — As he takes up a vice-chancellorship at The University of Adelaide, Prof. Peter Høj, the former vice-chancellor of the University of Queensland (UQ), has said that the decision to allow China to provide course funding through the Confucius Institute at UQ was a “stupid thing to do” and should never have happened.

“When you run a university there are lots of things happening in an institution with 6,000 people, most of whom are independent thinkers. As soon as we learnt about it, we said: never again,” Høj told The Australian.

He added: “It was a stupid thing to do.”

He also denied that the Confucius Institute was involved in the formulation of the courses at UQ.

Høj’s remarks come after more than a year of facing extensive criticism for his and UQ’s ties to the Chinese regime which were prompted when the university attempted to expel a student, Drew Pavlou, for leading a peaceful rally in support of freedom in Hong Kong.

Pavlou was attacked at the demonstration by pro-Chinese Communist Party (CCP) supporters after Brisbane Chinese Consulate General Xu Jie, who was also working as an adjunct professor at UQ, labelled the rally an anti-China separatist activity.

The incident sparked the current inquiry into the national security risks affecting the Australian university sector. Federal parliamentarian Bob Katter, who was integral in launching the inquiry, told The Epoch Times in August last year that an investigation was necessary because foreign communist dictatorships were influencing Australian universities and their leadership.

There were also calls for UQ to lose its federal funding.

Queensland Senator Malcolm Roberts said that UQ needed “to remember where the bulk of their funding comes from” and that it had to “assure the Australian taxpayer that they are an Australian university” and not “an overseas agent of the communist party.”

Høj asserted that while Australian universities previously engaged with China to ensure their financial survival, they will have to approach their dealings with China differently now because the world has changed very quickly.

“Geopolitically, the world has changed. Our relationship with China is seen through a different lens that says we want to engage, but we can’t compromise our values,” he said.

Høj’s closeness to China remains a point of concern for some academics even after his reflective remarks.

Geoff Wade, an academic at Australian National University and a China hawk, wrote on Twitter that Høj has strong ties to Beijing, and noted he had received “a prestigious award” in recognition of his contribution to the global Confucius Institute Network.

Australia: Peter Høj crawls along the Road to Damascus: “The University of Queensland should have never accepted course funding from the Confucius Institute”https://t.co/pVL5Irub0A pic.twitter.com/h1bLtVbWF9

In a recent submission (pdf) to a parliamentary inquiry into the national security risks affecting the higher education and research sector, Human Rights Watch (HRW) noted that colleges and universities around the world with ties to the Chinese regime, or with large student populations from China, experience threats to academic freedom in a systematic way.

“Human Rights Watch found various threats to academic freedom resulting from Chinese government pressure. Chinese authorities have long monitored and conducted surveillance on students and academics from China and those studying China on campuses around the world,” the submission said.

Further, the submission said that many academics expressed discomfort to HRW about the presence of Confucius Institutes on their campuses.

“They said the presence of such institutions fundamentally compromised their institution’s commitment to academic freedom, especially when Confucius Institutes had been invited to their campuses without broad faculty consultation.

HRW also noted that few academic institutions have moved to protect academic freedom on their campuses around the longstanding issues of visa bans on academics working on China, Chinese surveillance, and academic espionage and censorship.