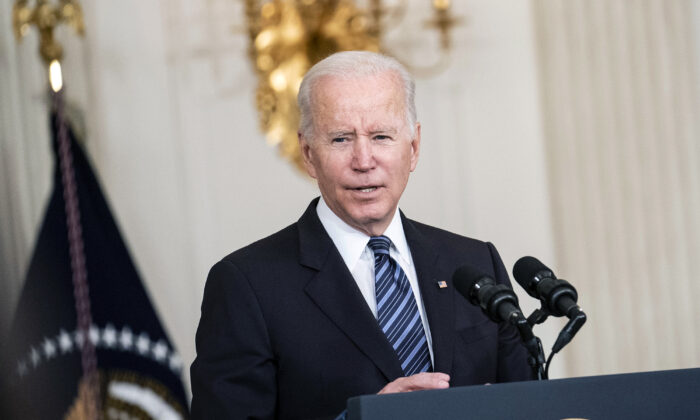 The Delaware Supreme Court has ruled partly in favor of conservative groups seeking access to documents related to President Joe Biden’s time in the U.S. Senate.

Biden donated his senatorial papers to the University of Delaware (UD) in 2012. The gift of the 1,850 boxes of archived records and 415 gigabytes of electronic records from Biden’s 36-year career in the Senate came with an agreement that places certain restrictions on the university’s ability to make the documents publicly available.

The Delaware Supreme Court, in response to an appeal filed by Judicial Watch and the Daily Caller News Foundation in January, reversed a lower court decision on Dec. 6, deciding that the university must provide more information justifying its decision to keep Biden’s Senate records secret.

“We conclude that the University failed to carry its burden of justifying its denial of the Appellants’ FOIA requests,” the court documents read.

The case returns to the Delaware Superior Court, which initially affirmed that the documents weren’t subject to FOIA.

“The Superior Court is granted leave to accept additional evidence or submissions as it deems necessary and appropriate,” the ruling reads.

In April 2020, Judicial Watch and The Daily Caller News Foundation submitted requests under the Delaware Freedom of Information Act (FOIA) to access the UD documents. The university denied both requests, saying the papers aren’t subject to FOIA because they aren’t considered “public records.”

The Epoch Times reached out to the university for comment but didn’t receive a response by press time.

Tara Reade, the woman who accused Biden of sexually assaulting her in 1993 at a Capitol Hill building while she was working as a staff assistant to the then-senator, has said that she believes a workplace discrimination and harassment complaint she filed against Biden at the time may be in the records housed at UD.

In March 2020, MSNBC “Morning Joe” host Mika Brzezinski repeatedly questioned Biden about whether he would release the documents in response to Tara Reid’s accusations.

“The material in the University of Delaware has no personnel files,” said then-presidential candidate Biden. “But it does have a lot of confidential conversations that I had with the president about a particular issue, that I had with the heads of state of other places. That that would not be something that would be revealed while I was in public office or while I was seeking public office.”