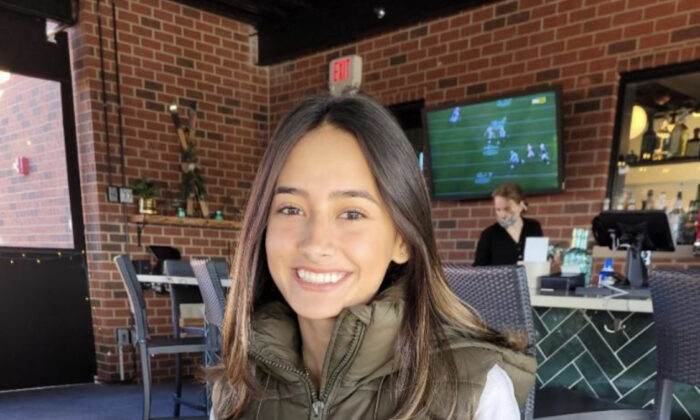 A pre-med biology and Spanish language student of Union College in Upstate New York was unenrolled and given 3 days to pack up and leave for refusing to get a COVID booster shot, after she experienced serious adverse reactions from a second Pfizer vaccine jab.

Diamond Puentes values her education a lot, she is a first-generation student who comes from a low-income household and was on an academic scholarship.

“I had no prior health issues before the vaccine. After getting it, I had side effects immediately. I ended up in the ER and I continue to have symptoms since then. And so when the school mandated the booster, I was reluctant to get it. I sent the school out an email letting them know my concerns: ‘I ended up in the ER, I’m still sick from it.’ I sent my paperwork from the ER, they denied that. I talked to my doctor, my doctor told me it was ‘ill-advised’ [to get the booster], nothing that I was saying was going to be accepted by the school,” Puentes told The Epoch Times, audibly distressed.

“I’ve just been expelled. I’ve been unrolled from classes, not permitted on campus anymore. I got kicked out of housing,” she added.

She is suffering to this day from constant nausea that sometimes leads her to vomiting, chest pains, and shortness of breath.

Puentes didn’t know that there were going to be side effects from the vaccines.

“It was mandated by my school, I had to get [the vaccine]. So it wasn’t something that I had a choice in and at that point [since] I value my education. That is my goal—to get back to college.”

“I got sick right away. It wasn’t stopping and then sharp abdomen pain,” Puentes said. “I had no idea what was going on. I ended up in the emergency room. I was there for four, six hours at least. And doctors couldn’t give me a diagnosis, [as to] why I got this sick.”

“They just diagnosed with gastritis but they had no idea why it came.”

Puentes got her first Pfizer dose in August and then got a second dose in September of last year.

“Just the other day I wake up randomly just puking and I don’t know what the cause of that is, and then on top of that, I have shortness of breath. I can’t work out like I used to. I’m getting chest pains where this never happened prior to the vaccine. And I don’t know what’s going on!”

She said she now has to deal with these health problems nearly every day.

“The puking happens more often than I would say the diarrhea and the shortness of breath. … I get these sharp pains in my chest and even my immune system, I believe, has just gone down. I’ve been more sick than I’ve ever been.

“I’ve been doing a lot more research now. And I saw the nine pages of adverse reactions that Pfizer released, and the symptoms I have are written all over that.”

At the beginning of January, the FDA was ordered to release its first large batch of documents related to Pfizer’s COVID jab trials, of which over 10,000 of about 450,000 pages have been made public so far.

Puentes was told to pack up belongings that she had accumulated over two years, and asserts that the school administration evaded handling her situation in person.

“Nobody was speaking to me about this in person, it was just being handled all over email.

“I was sending emails saying ‘can I speak to somebody in administration’ and it was always like an excuse.

“It wasn’t until I had to show up to somebody’s office, unannounced, that someone in the administration finally saw me, and I was told just the same thing.

“I was told [by a school nurse], ‘get Moderna then if Pfizer’s not working for you,” Puentes said.

Puentes said that her friends started a GiveSendGo page for her since she has to pay for three weeks she had been on campus and to raise money for legal counsel.

Union College responded to a request for comment to The Epoch Times:

“While federal privacy laws prohibit us from commenting on a student’s medical or academic records, it is important to note that no student has been expelled for not complying with our vaccination or booster policy. We would welcome back this student tomorrow if she complied with our well-established policy regarding vaccinations.

“The College has granted a small number of medical exemptions to students of all backgrounds and circumstances, while denying many other requests, over the past several months. In each case, the specific rationale for a medical exemption was reviewed thoroughly by a team of medical professionals before a decision was reached.

“Those who are denied an exemption are given an opportunity to comply with the policy before any further action is taken,” the statement reads.

Puentes also told The Epoch Times that she called Pfizer.

“They confirmed that the symptoms I’m having could be or are related to the vaccine because they have seen others with the same reactions.”

The Epoch Times reached out to Pfizer for comment.