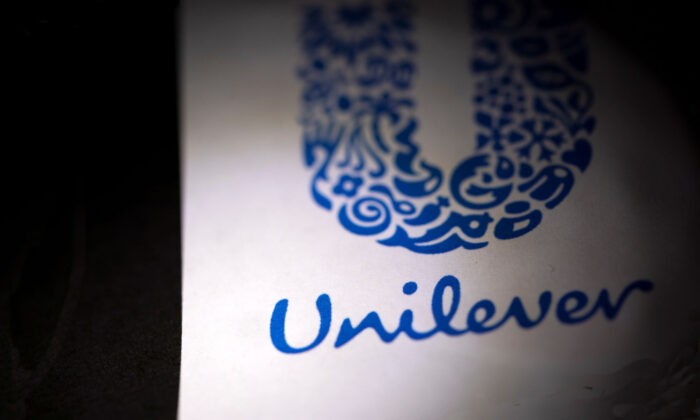 Unilever raised prices by over 8 percent in the first quarter and warned more hikes were on the way as the maker of Dove soap and Ben & Jerry’s ice cream lifted its cost inflation forecast for the second half of the year due to the Ukraine conflict.

The company said it now expected cost inflation would reach 2.7 billion euros ($2.8 billion) in July-December, up sharply from its previous estimate of 1.5 billion.

Consumer goods makers around the world are lifting prices to make up for soaring energy, commodities, labor, and transport costs, with the Ukraine conflict exacerbating inflationary pressures already building in the recovery from the pandemic.

Unilever reported a 1 percent dip in first-quarter sales volumes, and some analysts are worried this is an early sign that cash-strapped consumers are switching to cheaper own brands.

“As far as pricing and volumes, I think we are in unchartered territory,” Chief Executive Alan Jope said on an earnings call. “While we’re acutely aware of the pressure on consumers, we believe that increasing prices in response to this extreme commodity cost pressure is the right thing to do.”

Analysts said prices were only going to go higher.

Unilever’s full-year costs “are going to quadruple versus a year ago. That’s why the pricing needs to be so high, and that’s why the price is going to go much higher,” Barclays’ Warren Ackerman said. “This is not the peak.”

“The worry is what will happen to volumes when pricing goes up more?”

In the first quarter, Unilever hiked prices the most in Latin America—by 16.4 percent—and in other emerging markets.

While prices rose 8.3 percent, sales volumes dipped 1 percent, dragged down by its home care business, which makes Comfort fabric softener and Cif disinfectants. Analysts had expected a 6.3 percent rise in prices and a 1.7 percent decline in volumes.

But P&G’s volumes increased 3 percent in its most recent quarter.

“What you’re seeing in terms of the competitor dynamics around volume are the differences in the category portfolio of products that we sell,” Unilever Chief Financial Officer Graeme Pitkethly said in a call with journalists.

Unilever is particularly exposed to current price pressures. P&G’s products aren’t edible, while Unilever is affected by surging prices of soybean oil, grains, and other foods used in products from Hellmann’s ketchup to Knorr stock cubes.

Though KitKat maker Nestle has also had to raise prices to make up for higher food costs, Unilever is more reliant on emerging markets, where inflationary pressures are strongest.

Unilever shares were up about 1 percent in early trade. The stock has declined about 9 percent this year, during which Unilever has faced criticism from some investors for focusing too much on sustainability, embarked on a reshaping of its business, and failed to clinch a $62.7 billion deal for GSK’s consumer health business.