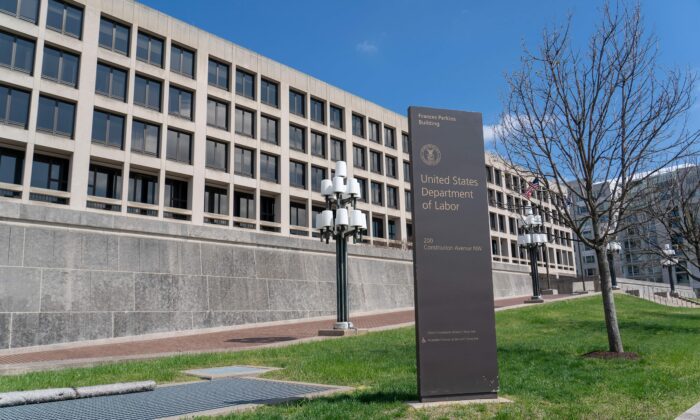 Unemployment Claims Rise More Than Expected as US Sinks into Recession

Unemployment claims registered a fall for the most recent week, but still remained higher than expected, according to data from the U.S. Department of Labor (DoL).

According to Mark Hamrick, senior economic analyst at Bankrate, new applications for jobless aid “came in higher than expected,” he said to The Epoch Times via email. The nation’s unemployment rate continues to be at 3.6 percent, which is “just a tick above the pre-pandemic low.”

Hamrick thinks that Federal Reserve Chair Jerome Powell is “warning” that the job market will “likely weaken” amid a high interest-rate environment aimed at pulling down high inflation.

The Fed announced a 75 basis-point rate hike on Wednesday, pushing up the central bank’s interest rate between 2.25 and 2.50 percent, which is the fastest monetary policy tightening since the 1980s. Meanwhile, inflation is at 9.1 percent.

Higher interest rates can lead to a weakening of the economy, which can then affect the labor market. Jobless claims—which have been rising in recent months—are at their highest level since November. The increase coincides with hiring freezes and job cuts at large tech companies and businesses in the housing sector.

Powell, when speaking to reporters after the recent policy meeting of the Federal Open Market Committee, rejected the notion that the United States is in recession, citing low unemployment rates that are near 50-year lows, rising wage growth, and job gains. “It doesn’t make sense that the U.S. would be in recession,” he said, according to Reuters.

However, recent data reveal that U.S. GDP fell by an annualized pace of 0.9 percent in the second quarter of the year, following a 1.6 percent decline in the first quarter. Some economists consider two consecutive quarters of GDP declines as a sign of recession. But the White House has pushed against the definition.

National Economic Council adviser Brian Deese told reporters on Tuesday that two negative quarters of GDP growth is “not the technical definition of recession.” The National Bureau of Economic Research, however, is the formal entity that officially declares recession in the country.

Economist Mohamed El-Erian, a former Obama administration official and the president of Queens’ College at the University of Cambridge, said in an interview that GDP numbers point to an economy that is “weakening at a much faster rate than most people expected.”

In a survey conducted by Joblist between April and June 2022, two out of three jobseekers admitted that they were “worried” or “very worried” about a recession. Eighty percent of respondents expect the country to be in a recession within the next year, while 49 percent are expecting the job market to get worse over the next six months.