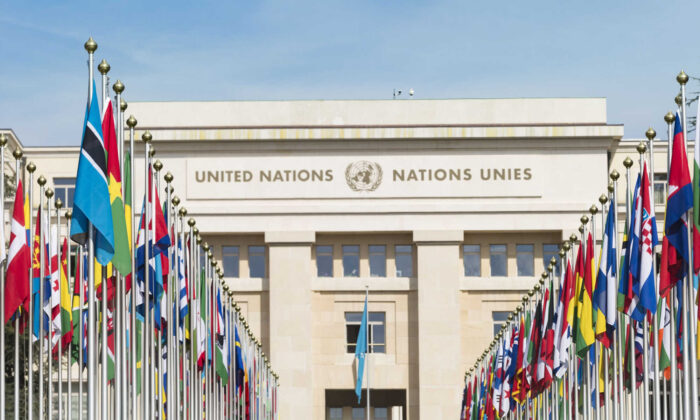 The U.N. Development Programme (UNDP) stated on Oct. 11 that a serious debt crisis is looming that could have disastrous effects on the world’s poorest people.

In a new report, “Avoiding ‘Too Little, Too Late’ on International Debt Relief,” the UNDP estimated that 50 percent of the world’s poorest people urgently need debt relief to avert a major systemic development crisis.

“A serious debt crisis is unfolding across developing economies, and the likelihood of a worsening outlook is high,” the UNDP stated in the report. “Fifty-four developing economies accounting for more than half of the world’s poorest people need urgent debt relief as a result of cascading global crises.”

The UNDP noted that the COVID-19 pandemic exacerbated the weakened conditions in the economies of many developing countries and that the situation will likely become worse.

“Despite several debt-relief initiatives adopted since the start of the pandemic, the response to date has been insufficient. To avoid echoes from the past where debt crises spilled over to development crises, international efforts must urgently be stepped up,” the report reads.

The report lays out a number of policy actions aimed at preventing a debt crisis, including shifting the focus from debt rescheduling to restructuring and writing off debt to allow countries to achieve a faster return to growth.

It also proposed providing wider relief to an increased number of countries, adding special clauses to bond contracts to allow for more breathing space during unprecedented times of crisis and expanding eligibility of the Common Framework for Debt Treatments to cover all heavily indebted countries.

The report states that creditors should have a legal duty to cooperate “in good faith” in Common Framework restructurings once the debt has been found to be unsustainable and that countries could offer to implement measures related to climate, nature, and the environment to encourage creditors to write their down debt.

“The international community should not wait until interest rates drop or a global recession kicks in to take action: The time to avert a prolonged development crisis is now,” the UNDP stated. “Creditors, debtors, and guarantors must act fast and decisively to avoid past mistakes of providing ‘too little too late’ debt relief.”

Achim Steiner, UNDP administrator, said in a statement accompanying the report: “The 54 countries with severe debt problems are home to more than half of the world’s poorest people. Yet they represent little more than 3 percent of the global economy. Debt relief would be a small pill for wealthy countries to swallow, yet the cost of inaction is brutal for the world’s poorest. We cannot afford to repeat the mistake of providing too little relief, too late, in managing the developing economy debt burden.”

The report comes after the U.N. stated last week that a global recession and prolonged stagnation lie ahead, which U.N. officials said was, in part, because of the monetary and fiscal policies of advanced economies, including that of the U.S. Federal Reserve.

On Oct. 10, the International Monetary Fund (IMF) and the World Bank, along with G-20 finance ministers, began holding meetings in Washington. During those meetings, World Bank President David Malpass and IMF Managing Director Kristalina Georgieva warned of the risk of a global recession in the midst of what they described as an “era of volatility.”

They cited slowing economic growth in advanced economies, increasing debt levels, and currency depreciation in many developing countries, with Georgieva noting that about one-third of the world economy will have seen at least two consecutive quarters of negative growth by the end of 2023.