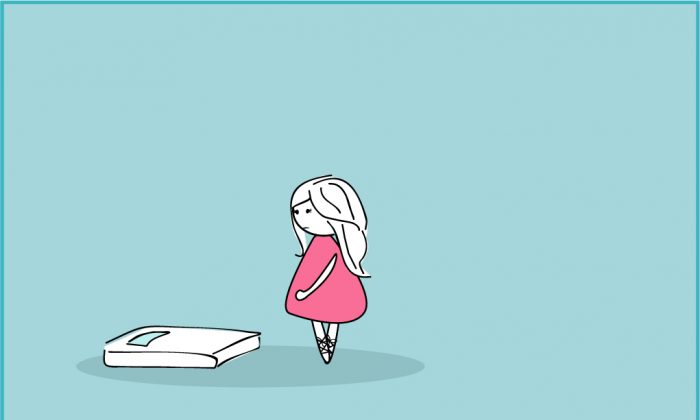 Eating disorders are serious, debilitating conditions associated with significant morbidity and mortality, and distress. Anorexia nervosa, in particular, is associated with the highest mortality and suicide rates; compared to healthy peers, women with anorexia are up to 12 times more likely to die of any cause, and approximately 57 times more likely to die from suicide, over the same period of time.

The best predictor of positive treatment outcome in anorexia nervosa is early detection and intervention. Those suffering from eating disorders often feel shame, isolation, and face stigma. Children who experience anorexia may have difficulty understanding, much less explaining, their symptoms. Others may not want to let go of perceived “benefits” of their eating behavior. So, for a variety of reasons, many suffer in silence and secrecy, which can serve to dangerously delay intervention.

What Causes Some People to Develop Anorexia?

First, it’s important to recognize that there is a genetic component to anorexia. Someone with a first-degree relative who’s had anorexia is at much greater risk for anorexia than someone without a family history. So individuals have varying levels of biological “predisposition” to anorexia. Other risk factors fall into two categories:

General risk factors include low mood, a history of physical and sexual trauma, general family problems, and a parent with a psychiatric disorder. These all appear to increase one’s risk for later mental health problems, including eating disorders.

Specific risk factors for anorexia include: being female, age (early-mid adolescence is the prime time for onset), perfectionism, high parental conflict, highly demanding parents, and concerns about shape and weight (and subsequent dieting). Shape and weight concerns may be intensified by participation in competitive sports such as gymnastics, track, swimming or dance, where shape and weight are often related to performance.

Why Is Anorexia More Prevalent in Women?

We don’t really know for sure. Anorexia is relatively uncommon—historically, only about 0.3 percent of the population suffers from anorexia. (Recently, however, the American Psychiatric Association has broadened the diagnostic criteria for anorexia nervosa slightly, so the official prevalence will likely rise somewhat.) Of those who suffer from anorexia, only about 10 percent are male; it’s hard to get good data on a population that small. It does seem that cultural factors at least partially explain this gender discrepancy; thinness is more central to our culture’s “feminine beauty ideal;” there’s not an equivalent standard for men. Accordingly, men, overall, have less dissatisfaction with their bodies, and are therefore less likely than females to diet for weight loss, even if they are overweight. This disparity is significant because body dissatisfaction and dieting are risk factors for anorexia.

Are There Any Promising New Treatments in Development?

Anorexia is notoriously difficult to research and treat. Treatment effectiveness has generally been disappointing due to a host of factors including the ambivalence about recovery intrinsic to the disorder.

One psychological treatment that seems particularly promising is Enhanced Cognitive-Behavioral Therapy (CBT-E). Oxford University psychologist Christopher Fairburn and his colleagues have made impressive strides with their recent treatment research in Europe; they’ve conducted rigorous clinical trials testing CBT-E for adolescents and adults with anorexia. Compared to earlier treatment outcome studies, a remarkable number of those who completed the treatment had maintained their gains 60 weeks after treatment. Still, the most important predictor of positive outcome in anorexia is early identification and intervention. In general, the longer the duration of illness before treatment, the worse the prognosis.

*Image of “fear” via Shutterstock