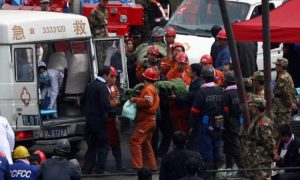 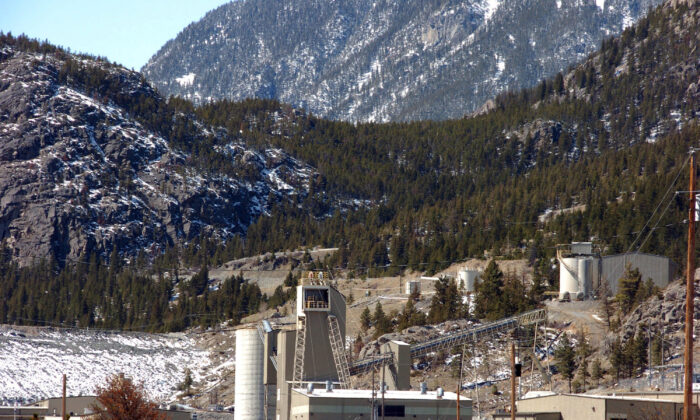 This May 2, 2013, file photo, shows the Stillwater platinum and palladium mine near Nye, Mont. (Matthew Brown/AP Photo/File)
US News

NYE, Mont.—Two workers for the only palladium and platinum mining operation in the U.S. have died in an underground accident at a Montana mine, company officials said.

The employees were in a utility vehicle called a side-by-side that crashed into an underground locomotive at Wednesday afternoon, said Heather McDowell, a vice president with the South Africa-based Sibanye-Stillwater, which owns the Stillwater Mining Co.

The cause of the accident at the mine near the community of Nye, north of Yellowstone National Park, is under investigation. Mine officials said they are working with safety regulators.

The identities of the workers were not made public.

In a statement, company officials said “we value safety above all else. Our thoughts and prayers go out to everyone impacted by this tragic event.”

Stillwater Mining Co. has 2,335 employees and contractors, according to its website, including just over 1,200 workers at the mine in Nye, McDowell said.

Its other palladium and platinum mine is near the small Montana city of Big Timber and the company has a refining complex in the nearby town of Columbus.