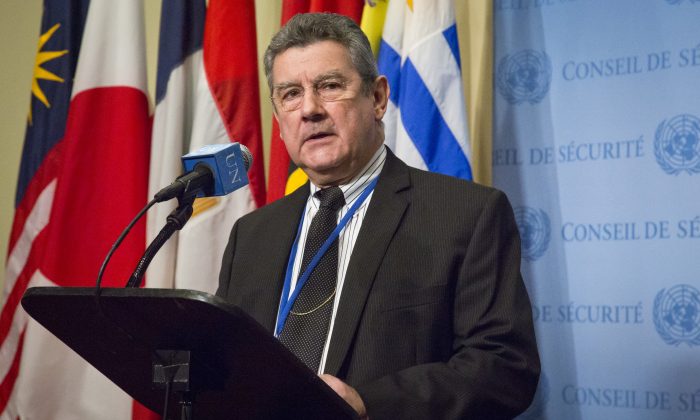 UNITED NATIONS — The U.N.’s most powerful body is working on a resolution that would impose tougher sanctions on North Korea to reflect its claim that it tested a powerful hydrogen bomb for the first time, a Security Council diplomat said Wednesday.

While there is widespread skepticism over the H-bomb claim, whatever the North detonated underground last week will likely push the country closer toward a fully functional nuclear arsenal. The North previously conducted atomic bomb tests in 2006, 2009 and 2013.

North Korea’s U.N. mission circulated a report Wednesday from the country’s news agency saying North Korean scientists and technicians “are in high spirit to detonate H-bombs … capable of wiping out the whole territory of the U.S. all at once as it persistently moves to stifle the DPRK.” The country’s official name is the Democratic People’s Republic of Korea.

The Security Council pledged immediately after the Jan. 6 announcement of the nuclear test to swiftly pursue new sanctions. It strongly condemned the test as a “clear violation” of previous U.N. sanctions resolutions.

The diplomat said all 15 Security Council members agree that North Korea should be denuclearized, and this will be reflected in a new resolution.

The council last approved sanctions against North Korea after its third nuclear test on Feb. 12, 2013. That resolution was largely negotiated by the United States and China, North Korea’s traditional ally.

The council diplomat said the United States, which is leading the current negotiations, is moving forward “in a careful, thorough and deliberate way,” consulting closely with China but also with other council members, including Japan.

The diplomat said a new resolution isn’t expected immediately, likely not in less than three weeks.

There was no immediate response to a request for comment from the U.S. mission to the United Nations.