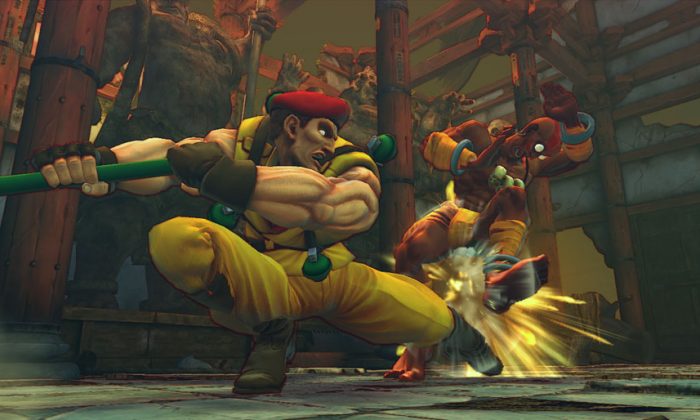 Ultra Street Fighter 4 Release Date: Pre-Loading for PS3 Could Cause Problems for Some Users

“Ultra Street Fighter IV” is slated to be released on Tuesday, but pre-loading the game for the PlayStation 3 might cause problems for those who have the original disc of “Super Street Fighter IV.”

Shoryuken.com reported this week that people are able to download and install the game for the PS3 ahead of its June 3 release date.

“However, it seems that the update is causing some issues for those with the original disc version of Super Street Fighter IV in combination with the Arcade Edition digital update,” the website states.

The 3.5 GB update will revert the game back to the Super mode without the content for the Arcade Edition.

Players have indicated that re-downloading the Arcade Edition and the 2012 patch from the PlayStation Network seems to fix the problem, according to Shoryuken.

The expansion first comes out on PS3 on June 3 and it comes out Wednesday, June 4, for the Xbox 360.

Standalone and physical copies of “Ultra Street Fighter IV” will be released Aug. 8 for the PC, PS3, and Xbox 360.

According to a report from EuroGamer, “Super Street Fighter IV: Arcade Edition” has shifted its Game For Window Live version over to Steamworks on May 30, or last Friday.

“Unfortunately, both paid and free DLC for the GFWL version will not be transferred over in this process, but Steam should not be affected,” Capcom senior online community specialist Peter Rosas said in a statement.