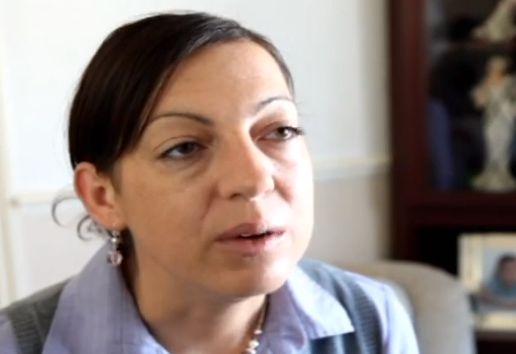 Sarah Colwill of Plymouth, England, woke up with a Chinese accent after suffering a migraine headache. She spoke with the BBC recently about her plight and how she has accepted that her local accent may be gone for good.

She said after the Chinese accent, it started to sound more like an Eastern European accent (see video below).

Another UK woman was featured in April on Channel 4’s “Embarrassing Bodies” program in April (see video below). Debbie (her family name is not given) had an unexplained seizure. When she recovered, she had an accent that sounds a little like a French accent.

“I have to learn who I am again,” she said. When she interacts with locals in her city, she said, “I leave them pondering on where I might be from.”

Dr. Pixie McKenna, who hosts “Embarrassing Bodies,” reports that only about 60 cases of Foreign Accent Syndrome are known worldwide.

A woman in Australia, also developed a French accent after sustaining a head injury, Australian broadcaster ABC reported in June.

Leanne Rowe was in a car accident. When she woke up in Melbourne’s Austin Hospital, she had a broken jaw. As her jaw healed, her doctors initially thought her speech sounded slurred because of the medication she was given.

She has, however, spoken with what sounds like a French accent ever since.

“It makes me so angry because I am Australian,” she told ABC. “I am not French, [though] I do not have anything against the French people.”