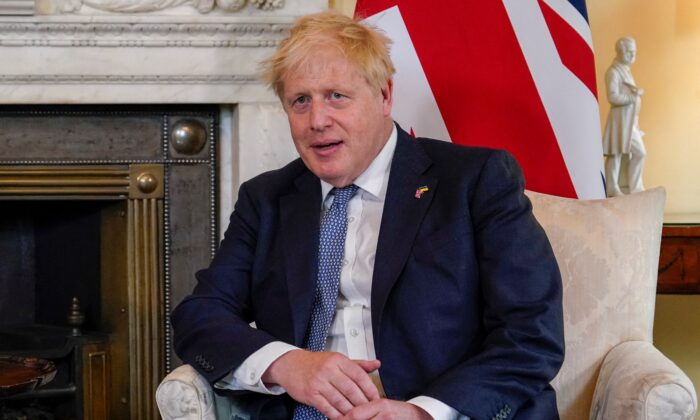 British Prime Minister Boris Johnson has survived a vote of confidence within the ruling Conservative Party, with 211 MPs backing him and 148 wanting him to step down.

If more than half the party MPs had voted against him, he would have been forced to step down as party leader, and thus to also step down as prime minister.

The prime minister was forced to face the vote of confidence after 54 Tory MPs submitted letters to Sir Graham Brady, chairman of the 1922 Committee, which represents backbench MPs, saying they no longer had confidence in Johnson, 57.

That followed the May 25 publication of civil servant Sue Gray’s report into partygate and the remarks by the prime minister’s ethics adviser Lord Geidt that Johnson may have breached the ministerial code by attending parties during the pandemic.

The vote in his favour means that Johnson is now immune for a year from any further such vote against him being triggered. However, many commentators from across the political spectrum say he may yet be forced out by other political forces.

Earlier Jacob Rees-Mogg, the minister for Brexit opportunities and a Johnson loyalist, said victory by even a single vote would be enough for the prime minister to remain in 10 Downing Street.

But former Health Secretary Jeremy Hunt, who is tipped as a possible future leader of the party, wrote on Twitter: “Anyone who believes our country is stronger, fairer & more prosperous when led by Conservatives should reflect that the consequence of not changing will be to hand the country to others who do not share those values. Today’s decision is change or lose. I will be voting for change.”

That led to a furious reaction from Culture Secretary Nadine Dorries who made a number of allegations about Hunt on Twitter and said his handling of the pandemic “would have been a disaster.”

Dorries, a former health minister, added: “Your pandemic preparation during six years as health secretary was found wanting and inadequate. Your duplicity right now in destabilising the party and country to serve your own personal ambition, more so.”

She later claimed her remarks were “not personal.”

Another Cabinet member who made her allegiance crystal clear was Foreign Secretary Liz Truss, who has also been tipped as a future leader of the party.

Truss wrote on Twitter: “The Prime Minister has my 100% backing in today’s vote and I strongly encourage colleagues to support him. He has delivered on covid recovery and supporting Ukraine in the face of Russian aggression. He has apologised for mistakes made. We must now focus on economic growth.”

Partygate was not the only reason given by those who felt Johnson was taking the Conservatives in the wrong direction.

Jesse Norman, a backbench MP who has turned against Johnson, wrote in his letter of no-confidence, “No genuinely Conservative government should have supported the recent ban on noisy protest—least of all when basic human freedoms are facing the threat of extinction in Ukraine.”