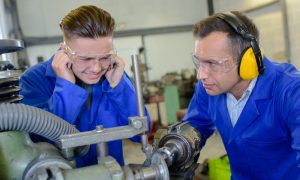 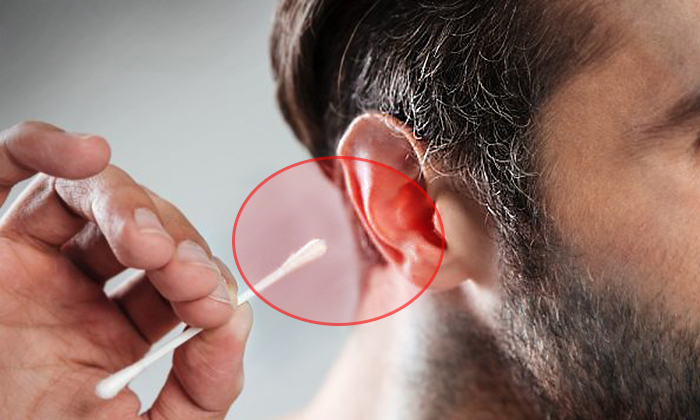 Don’t clean your ears with a cotton swab. Just don’t do it.

A man in the United Kingdom did it and ended up in the emergency room after collapsing from a seizure.

The unidentified 31-year-old man developed a life-threatening infection in his skull after the tip of a cotton swab got stuck inside his ear without him realizing, according to a report published in the British Medical Journals (BMJ). He had been complaining of pain in his left ear and discharges from his ear during the 10 days leading up to the seizure.

He also experienced severe headaches that were so painful that they made him vomit. As things got worse inside his skull, he became increasingly confused and groggy. He even started to have difficulties remembering people’s names.

At the hospital, the man admitted that he had been having intermittent ear pain and hearing loss for the last five years.

To figure out what exactly was going wrong in there, the doctors performed CT and MRI scans on his skull. The scan showed abscesses in his skull as well as soft tissue that contained harmful bacteria in his ear canal.

Eventually, the doctors decided that they needed to go in. Inside the patient’s ear canal, a piece of cotton was found. It was a part of a cotton swab that had been left behind. They pulled the cotton tip out, cleared the ear canal, and performed a small procedure to remove cells infected by the harmful bacteria.

“He’s No Longer Using Cotton Buds to Clean His Ears”

The man was diagnosed with necrotizing external otitis (NEO), a rare infection that originates in the external ear canal, with inflammation of the underlying temporal bone. Usually seen among elderly diabetic patients, it’s relatively rare in young and healthy people.

When left untreated, though, the condition can progress to skull base osteomyelitis, a deadly bone infection in the base of the skull.

Fortunately, the patient started to recover as soon as the cotton bud was removed, and healed after taking more antibiotics orally to treat the infection. A CT scan 10 weeks later showed that everything went back to normal, and he no longer suffered from any symptoms.

“Most importantly, he is no longer using cotton buds to clean his ears,” wrote the authors of the report.

Cotton buds: Keep Them Away From Your Ears

“The use of cotton buds inside ears is common and has long been recognised to cause several complications including trauma, tympanic membrane perforation, impacted earwax, infection and retention of the cotton bud,” the report said. “The present case further reiterates the dangers of cotton bud use.”

According to research conducted by Nationwide Children’s Hospital, about 34 children each day are treated in U.S. hospitals for injuries related to cotton swabs. In most cases, the swabs are used for cleaning, which seems convenient but simply isn’t worth the risks.

The American Academy of Otolaryngology (AAO) doesn’t encourage the use of cotton swabs to remove accumulated earwax: “Cotton swabs can remove some wax, but they often just push the wax deeper into the ear and may worsen an impaction or injure the ear canal.”

According to the AAO, there is no standard course of action for preventing earwax buildup. Most people do not need a regular schedule for preventing earwax buildup, while some people may need to have their ears cleaned at times. The AAO advises people to go to their health care provider if there is anything they should do to prevent or reduce earwax.