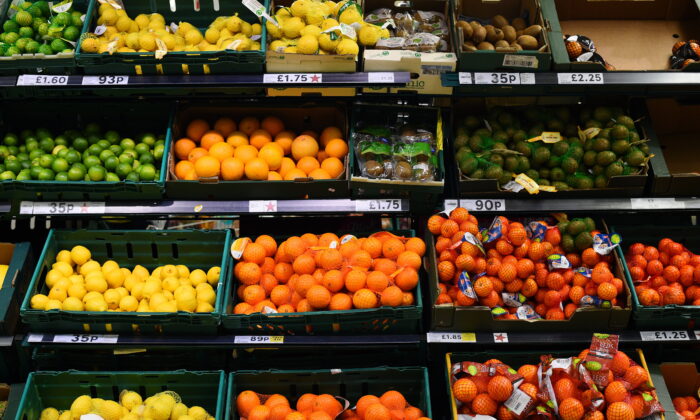 Britain’s rate of inflation has rocketed to its highest level for nearly 30 years. (Kirsty O’Connor/PA)
Inflation

Inflation in the UK has risen to the highest level for nearly three decades, fuelled by rising food and energy prices.

According to latest figures from the Office of National Statistics (ONS), the Consumer Prices Index (CPI) rose by 5.4 percent in the 12 months to December 2021, up from 5.1 percent in November.

This is the highest figure since March 1992, when inflation rate reached 7.1 percent.

In addition, gas and electricity tariffs have seen staggering rises, and costs have also been surging for restaurants and hotels, furniture and household goods, as well as clothing and footwear.

The Bank of England, the UK’s central bank, has forecast inflation to hit 6 percent in April.

The bank raised interest rates last month from 0.1 percent to 0.25 percent to try to cool rampant inflation, and many experts expect another rise possibly as soon as early next month.

ONS Chief Economist Grant Fitzner said: “The inflation rate rose again at the end of the year and has not been higher for almost 30 years. Food prices again grew strongly while increases in furniture and clothing also pushed up annual inflation.”

Responding to the latest figures, Chancellor Rishi Sunak said, “I understand the pressures people are facing with the cost of living and we will continue to listen to people’s concerns as we have done throughout the pandemic.”

He said the government is providing support worth around £12 billion ($16 billion) to help families with the cost of living.

The opposition Labour Party predicted that “the cost-of-living crisis is only going to get worse in the coming months.”

Labour leader Sir Keir Starmer wrote on Twitter, “The Conservatives are too distracted by scandal and infighting to sort out the cost-of-living crisis.”

He said that a Labour government would “give security by keeping bills low” and provide “extra support for those who need it most.”

Government minister James Heappey told “BBC Breakfast” that the rise in inflation was “a cause for real concern.” He said that the government is looking at what more can be done to help households with their cost of living.