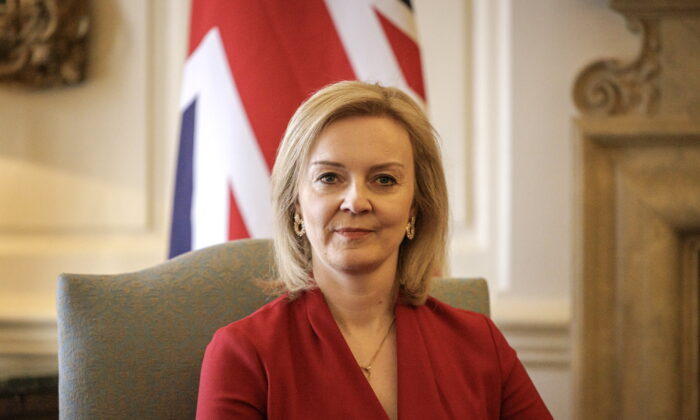 The UK has criticised the Beijing and Hong Kong authorities for issuing threats to a UK-based human rights group, calling such behaviour “unjustifiable.”

Hong Kong Watch, an NGO which monitors the human rights situation in the former British colony, said in a statement on March 14 that it had “received a formal warning from the Hong Kong Police Force’s National Security Department” regarding its website possibly breaching the national security law.

The Hong Kong Police accused the group of jeopardising China’s national security, and warned that it could face a fine of HK$100,000 (US$12,772) or its Chief Executive Benedict Rogers could face three years in jail.

UK Foreign Secretary Liz Truss said in a statement: “The unjustifiable action taken against the UK-based NGO Hong Kong Watch is clearly an attempt to silence those who stand up for human rights in Hong Kong.

“The Chinese government and Hong Kong authorities must respect the universal right to freedom of speech, and uphold that right in Hong Kong in accordance with international commitments, including the Joint Declaration.

“Attempting to silence voices globally that speak up for freedom and democracy is unacceptable and will never succeed.”

In a letter addressed to Rogers, the Hong Kong Police Force’s National Security Department said the rights group had been “lobbying foreign countries to impose sanctions or blockade and engage in other hostile activities” against the Chinese and Hong Kong authorities, and had been “seriously disrupting the formulation and implementation of laws or policies.”

In its letter, the Hong Kong Police also confirmed that they are using the national security law to block Hong Kong Watch’s website in Hong Kong.

In reaction, Rogers said in a statement, “By threatening a UK-based NGO with financial penalties and jail for merely reporting on the human rights situation in Hong Kong, this letter exemplifies why Hong Kong’s national security law is so dangerous.”

He said Hong Kong Watch “will not be silenced” and “will continue to be a voice for the people of Hong Kong and those brave political prisoners who have been jailed under this authoritarian regime.”

Chris Patten, the last British governor of Hong Kong and a patron of Hong Kong Watch, said: “This is another disgraceful example of [Russian President Vladimir] Putin’s friends in Beijing and their quislings in Hong Kong trying not only to stamp out freedom of expression and information in Hong Kong but also to internationalise their campaign against evidence, freedom, and honesty.”

Sir Iain Duncan Smith, a former leader of the Conservative Party, said, “Even as the world watches the appalling attack on Ukraine, this attempt by China to arrest British citizens outside of China should remind us all that totalitarian China is a threat to freedom everywhere.”