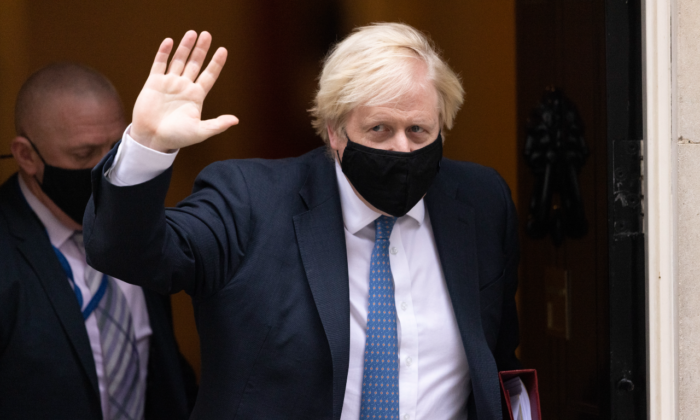 At Prime Minister’s Questions in the House of Commons, Johnson was asked about the proposed nuclear power station at Bradwell-on-Sea in Essex, put forward by China’s state-owned and state-operated nuclear company the China General Nuclear Power Group (CGN).

Labour MP Matthew Pennycook said, “The government’s Integrated Review has concluded that the Chinese state poses a systemic challenge to our national security, and the prime minister has made it clear that when it comes to China, we must remain vigilant about our critical national infrastructure.”

Pennycook asked Johnson if he could confirm that plans for CGN to own and operate its own plant at Bradwell had been abandoned.

Johnson didn’t give a direct answer, saying “there will be more information forthcoming” on Bradwell.

However, the prime minister reiterated his desire to maintain a positive trade and investment relationship with China.

“What I do not want to do is pitchfork away wantonly all Chinese investment in this country, or minimise the importance to this country of having a trading relationship with China,” he said.

China’s involvement in nuclear power in the UK dates back to an agreement endorsed by then-Prime Minister David Cameron and Chinese leader Xi Jinping in 2015.

CGN also has a 20 percent stake in the Sizewell C nuclear plant in Suffolk, which is due to be built by the French power firm EDF, under a deal struck six years ago. The UK government’s appetite for Chinese investment in infrastructure has since soured.

Under mounting pressure from the United States and prominent Conservative backbenchers, the government has indicated a growing appetite to cut CGN out from Sizewell.

The government announced a new financing model on Oct. 26 that shifts the financial risk to consumers and provides a mechanism to squeeze CGN out of the Sizewell C project without invoking national security laws that would likely crank up tensions with Beijing.

With the new model, EDF will be able to forge new partnerships with alternative private investors before the business secretary finally signs off on the project.