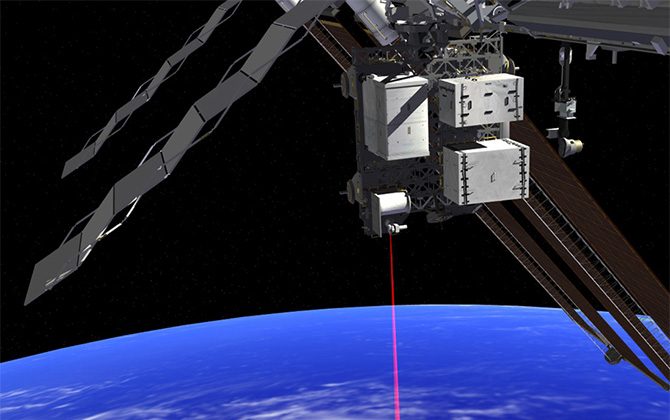 Some enthusiasts have claimed that an object firing a red beam over the Earth captured on video by the International Space Station is a UFO.

The footage was captured a few days ago at 9:20 a.m. GMT on Dec. 5. There’s been suggestions that its a satellite, an astronaut using a laser pointer, or it was an optical illusion.

The video was recorded on the same date that the European Southern Observatory’s Very Large Telescope fired a laser into the sky to create an artifical star. The ESO issued an update on Dec. 5, showing a “laser in the sky.” The photo it links to is Oct. 1, 2014.

But, as OpenMinds.tv notes, a “more likely explanation for the unusual laser in the video is an instrument attached to the ISS called the Optical Payload for Lasercomm Science (OPALS).” It is part of a new communications system that uses lasers.

“Four lasers from the ground station travel through the sky toward the space station. Under clear, dark background conditions, it’s very easy for the payload to acquire the ground beacon.

“Daylight conditions have proven more challenging, but we are working on increasing capabilities during the day as well, through software enhancements,” stated Matthew Abrahamson, OPALS mission manager at NASA’s Jet Propulsion Laboratory, according to Discovery News on Thursday.

The UFO Sightings Daily blog, however, claims that the object is a “UFO caught on space station live cam is glowing red and has a beam of red light shooting from it to Earth. Although red UFOs have been seen near the ISS, witnessing a beam of light from one of then has never been recorded before.”