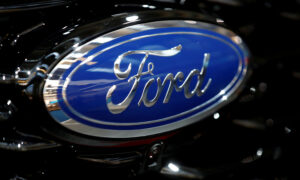 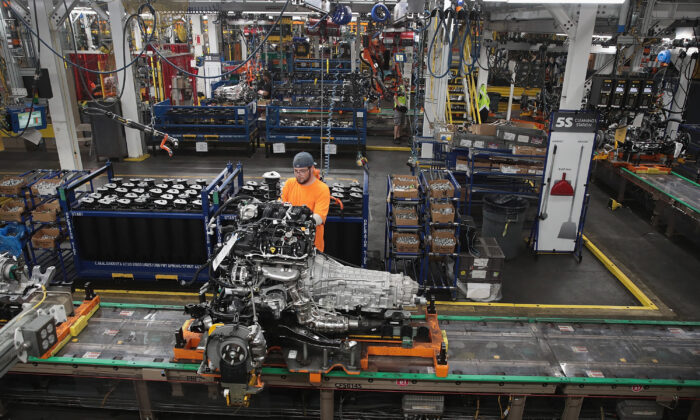 The United Auto Workers (UAW) union said that Ford Motor Co.’s plan to build a new vehicle in Mexico instead of Ohio might be a violation of the auto manufacturer’s contractual commitments.

“We 100 percent reject the company’s decision to put corporate greed and more potential profits over American jobs and the future of our members. We expect the company to honor its contractual commitments to this membership and when it fails to do so we will take action,” UAW Vice President Gerald Kariem said. “We are intensely exploring our options at this time.”

In the letter, Kariem said Ford in 2019 committed $900 million for a plant in Avon Lake, Ohio (OHAP), and would include a next-generation Ford model to be added to the production lines in 2023. While that would have secured “employment well into the foreseeable future” for auto workers, he blasted Ford for not “honor[ing] its promise.”

“Ford management expects us to just hang our heads and accept the decision,” Kariem wrote in a letter dated March 12. “But let me be clear, we are making a different choice.”

Ford plant manager Jason Moore issued a letter to Avon Lake workers after UAW’s letter and said the conditions surrounding the expansion at the Ohio plant had changed. The 2019 agreement included a “reference to a $900 million investment and a new product for OHAP,” the letter stated. Moore said that the firm is investing in the plant and will increase Super Duty truck production there.

“While conditions upon which the 2019 Administrative Letter were based have changed, the Company is investing in the plant and increasing production of Super Duty trucks at OHAP,” Moore wrote.

Reuters reported that in November, Ford said it intended to produce another electric vehicle model in Cuautitlan, Mexico, as well as the Mustang Mach-E.

Ford spokesperson Kelli Felker didn’t say whether Ford would keep its agreement to invest in the Ohio plant.

“We are always looking at our options,” Felker told the Detroit Free Press. “We still plan to invest $6 billion and create and retain 8,500 jobs in America during the course of this four-year contract,” she said. “We are invested in [the] Ohio Assembly Plant and our dedicated workforce there.”

“In 2019, Ford made a commitment to invest $900 million at its Avon Lake, OH plant – NOW, it’s reportedly moving the entire project to … Mexico,” he wrote on Twitter this week. “This is unacceptable. At today’s Senate Finance Committee hearing, I called on Ford to keep its promise to Ohio workers.”

General Motors in 2019 stopped production of the Chevrolet Cruze at its factory in Lordstown, Ohio, which affected hundreds of jobs in the area.

President Joe Biden, whom the UAW endorsed for president in 2020, has reportedly sought to focus on U.S. car manufacturing as part of his plan to create new auto industry jobs.

It’s not clear what vehicle Ford is planning to manufacture in Mexico. Company officials didn’t immediately respond to a request by The Epoch Times for comment.