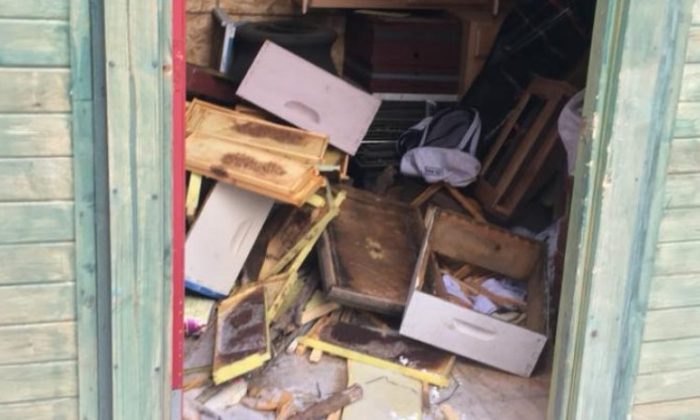 Two boys have been charged weeks after half-a-million bees were found dead on a honey farm in Iowa.

The destruction of the farm, Wild Hill Honey, was caused by a 12-year-old boy and a 13-year-old boy, the Sioux City Police Department said in a statement.

The boys, whose names haven’t been released because they are juveniles, have been charged with three felonies—criminal mischief, agricultural animal facilities offenses, and 3rd-degree burglary—as well as the misdemeanor of possession of burglar’s tools.

Damage of the losses were estimated at $60,000. It’s unclear if the boys will be responsible for paying any of the damages.

“They knocked over every single hive, killing all the bees. They wiped us out completely,” Engelhardt told the Sioux City Journal.

“They broke into our shed, they took all our equipment out and threw it out in the snow, smashed what they could. Doesn’t look like anything was stolen, everything was just vandalized or destroyed.”

However, an online fundraiser raised over $30,000 for the business, prompting Engelhardt to announce they would be able to continue caring for bees.

“Thank you to everyone for your generous contributions and your amazing show of support. Because of you, we will be able to continue our business in the spring. We are deeply moved by your compassion,” Engelhardt and his wife Tori wrote.

“Between the contributions and the equipment we were able to salvage, our needs have been met. There are so many great causes to support. Our wish is that this spirit of compassion will be used to help others now. Thank you.”