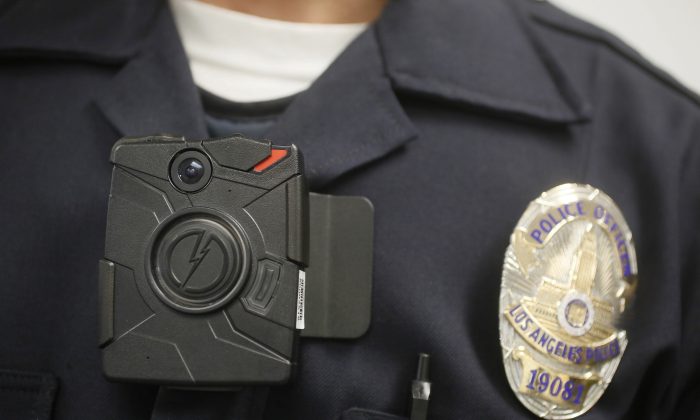 A Los Angeles Police officer wears an on-body camera during a demonstration in Los Angele on Jan. 15, 2014. (AP Photo/Damian Dovarganes)
US News

COMPTON, California—Officials say two Los Angeles County sheriff’s deputies were shot Saturday without provocation while sitting in their patrol car at a Metro rail station in what appeared to be an ambush.

The sheriff’s department said a 24-year-old male deputy and a 31-year-old female deputy were shot in the head and had multiple gunshot wounds. They are in critical condition and have undergone surgery.

Assemblymember Reggie Jones-Sawyer, who is the chair of public safety for California state, told a press conference, “This was an unprovoked, cowardly act. The individual will be caught and justice will prevail. Our society must not tolerate such acts of violence.