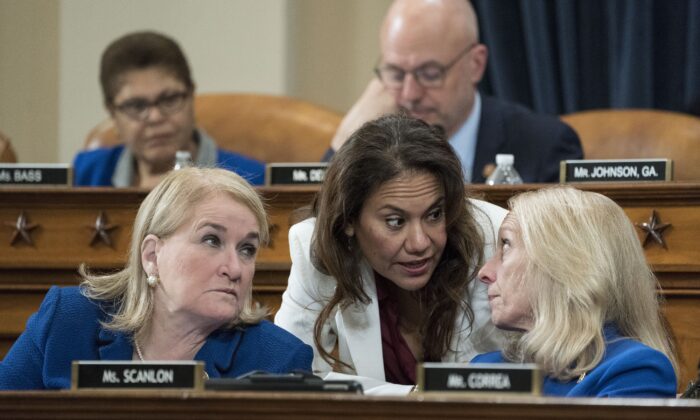 Two elected Democrats this week became the victims of carjacking in the space of 24 hours, officials have confirmed.

According to her office and city officials, Rep. Mary Gay Scanlon (D-Penn.) was carjacked at gunpoint at a South Philadephia park on Wednesday afternoon, after she had a meeting at that location.

“The Congresswoman was physically unharmed,” her office said in a statement. “She thanks the Philadelphia Police Department for their swift response, and appreciates the efforts of both the Sergeant at Arms in D.C. and her local police department for coordinating with Philly PD to ensure her continued safety.”

Scanlon’s spokesperson, Lauren Cox, told The Philadelphia Inquirer that the lawmaker’s vehicle and possessions, including her government cell phone, identification, personal cell phone, and purse were taken in the incident.

Police say that as Scanlon walked to her vehicle, she was approached by two men, aged approximately 20-30, who demanded she give them her keys, reported Fox News. One of the men drove off in her blue 2017 Acura MDX and the other fled the scene in an SUV.

According to CBS, Delaware State Police recovered Scanlon’s stolen vehicle at 9 p.m. Wednesday and five suspects are now in custody.

Philadelphia Mayor Jim Kenney, a Democrat, described the incident as “disheartening” and “infuriating.”

“Everyone deserves to feel safe in our city, and sadly, as we know, that hasn’t always been the case this year,” said Kenney.

“It’s disheartening, and quite frankly infuriating, that criminals feel emboldened to commit such a reckless crime in the middle of the day in what should be a place of tranquility and peace—one of Philadelphia’s beautiful parks,” the mayor added. “I’m thankful that she was not physically harmed during this incident, and my thoughts are with her during what I’m sure is a traumatic time.”

Kenney’s administration has been criticized for how it’s been dealing with a spike in violent crime this year.

According to figures released by the city, Philadelphia set its all-time yearly murder rate earlier this month. As of Wednesday, the city saw 544 murders in 2021, surpassing the previously set record of 500 murders in 1990.

Wednesday afternoon’s carjacking incident came less than 24 hours after Illinois’ Democratic state Senate majority leader Sen. Kimberly Lightford and her husband were carjacked on Tuesday night in Chicago—amid a surge in shootings and murders in the city this year.

Police told CBS Chicago that the pair were approached by three masked individuals as Lightford and her husband, Eric McKennie, were driving a Mercedes Benz SUV.

The carjackers fired shots during the incident, but the pair were unharmed, police said, adding that the carjackers fled the scene in Lightford’s vehicle and a Dodge Durango.

“First and foremost, I am thankful that my husband and I are alive and physically unharmed,” Lightford said in a statement. “I am trying to process the trauma of what happened. I want to thank everyone who has offered their love and support. I want to especially thank Mayor Katrina Thompson and the Broadview Police Department for their quick and thorough response.”

Both Scanlon and Lightford have advocated for police reform following George Floyd’s May 2020 killing.