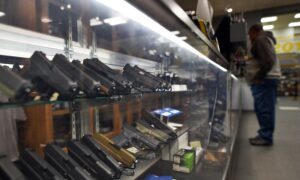 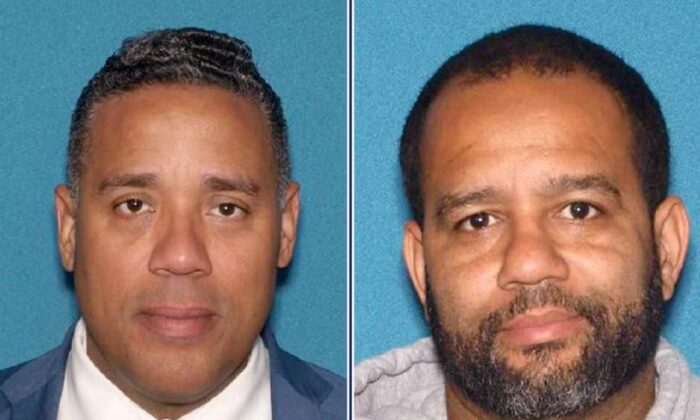 Michael Jackson, 49, and Alex Mendez, 45, face a variety of charges including election fraud, fraud in casting mail-in votes, tampering with public records, and unauthorized possession of ballots, according to a statement from the New Jersey Attorney General’s Office.

They were initially charged in June 2020 after winning their races for City Council seats.

Former President Donald Trump’s campaign cited the allegations against Jackson and Mendez in pointing to the danger of using relaxed mail-in balloting. A federal judge dismissed the campaign’s suit, saying there were anti-fraud measures to secure elections. Supporters of the former president pointed to the case against Mendez and Jackson again before the Nov. 3 election, noting that voting via mail could lead to fraud.

Mendez and Jackson won their races by more than 200 votes each. The two councilmembers have asserted they were charged because of their opposition to Paterson Mayor Andre Sayegh and have denied the charges.

“These indictments are an important step in our prosecution of these two sitting city councilmen on charges including second-degree election fraud,” Attorney General Gurbir Grewal said in a statement on March 3. “As we have seen all too clearly in recent months, public confidence in our democratic process is critical. If anyone tampers with an election in New Jersey and threatens that process, we will hold them accountable.”

The Attorney General’s Office of Public Integrity and Accountability opened an investigation after the U.S. Postal Inspection Service alerted the state agency that hundreds of mail-in ballots were found inside a mailbox in the nearby borough of Haledon, before hundreds more mail-in ballots were found inside a Paterson mailbox. The Paterson election in May of last year was all vote-by-mail.

“New Jersey’s criminal code includes various indictable offenses related to election fraud and, in particular, fraud involving mail-in ballots,” noted Thomas Eicher, director of the Attorney General’s Office of Public Integrity and Accountability. “With these indictments, we’re using those laws for their intended purpose—defending free and fair elections by prosecuting those accused of seeking to undermine them.”

Jackson and Mendez have previously argued that they were charged with the crimes for political reasons, claiming that the criticism of Sayegh prompted the New Jersey attorney general’s office to convene a grand jury.

“You would like to think that local politics wouldn’t reach that far, but I guess it does,” Jackson said, according to NorthJersey.com.

“My client has maintained his innocence throughout this process and will enter a plea of not guilty to the charges and will continue to serve the citizens of Paterson,” Mendez’s lawyer, Paul Brickfield, told NJ.com in an email on March 3.

But Sayegh, in a March 3 statement, said the “indictments reaffirm the seriousness of the crimes for which the defendants are accused,” adding, “I remain hopeful that justice will be served on behalf of the residents of Paterson.”

Shelim Khalique, 52, of Wayne, and Abu Razyen, 23, of Prospect Park, were also charged in connection to the case, the attorney general’s office said.

Lawyers for Mendez and Jackson didn’t immediately respond to a request by The Epoch Times for comment.