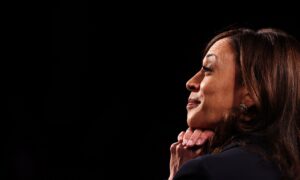 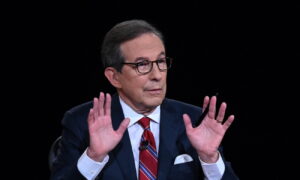 The GOP has only itself to blame. Andrew Breitbart warned us years ago, “Politics is downstream of culture.”

Few listened—or did anything about it anyway.

Everyone, or almost everyone, crumbles before them, from your kindergarten teacher to major U.S. corporations scared of being accused of racism, sexism, or whatever new “-ism” pops out of the mouth of Sen. Mazie Hirono (D-Hawaii).

You have to survive, after all.

“Better ‘woke’ than broke” has become today’s version of “Better red than dead.” Indeed, they are much the same thing.

We live in the world according to Twitter, Facebook, and Google. A deceased Brit gave us the name for it. Welcome, as Tucker Carlson noted the other night, to the Ministry of Truth.

The first, about hacked content, is so much eyewash. The second is extremely dangerous and, yes, Orwellian:

“2. We will label Tweets to provide context instead of blocking links from being shared on Twitter.”

I see. They will “provide context.”

This is actually more sinister than their previous approach—censorship. At least that was obvious.

This is, in essence, thought control.

You, the great unwashed, aren’t capable of analyzing for yourself. You need guidance—the same guidance they provided when publishing ad infinitum obvious disinformation about non-existent Trump–Russia collusion or propaganda from Javad Zarif, foreign minister of a country whose citizens aren’t allowed access to the internet but just happens to have 1.5 million Twitter followers.

I wrote “publishing” above because that’s what Twitter does, despite their denials and insistence that they only link to other publishers, supposedly giving them a firewall against lawsuits.

This appears all the more ludicrous given their new rule No. 2, which indicates that not only are they curating, they are editorializing (i.e., publishing … Congress take note).

There’s undoubtedly more you can think of. Please feel free to add them in the comments.

Roger L. Simon is an award-winning novelist, Oscar-nominated screenwriter, co-founder of PJMedia, and now, a columnist for The Epoch Times. His most recent books are “The GOAT” (fiction) and “I Know Best: How Moral Narcissism Is Destroying Our Republic, If It Hasn’t Already” (non-fiction). He’s on Parler and Twitter (for now) @rogerlsimon.