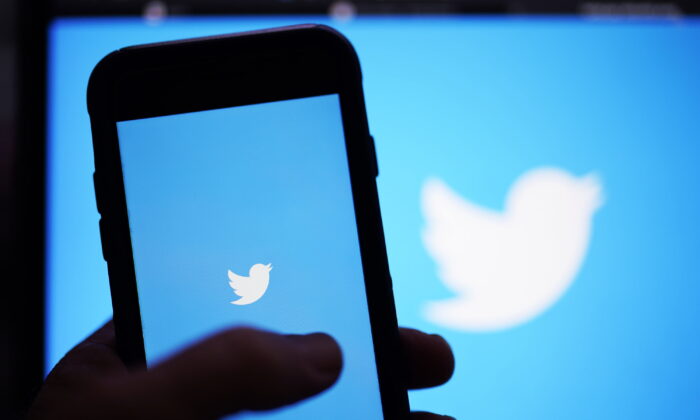 The Twitter application is seen on a digital device in San Diego on April 25, 2022. (Gregory Bull/AP Photo)
By Katabella Roberts

Twitter on Wednesday updated its privacy policy, making it “as simple and useful as possible” so that users can better understand how their data on the site is collected and used.

“We wanted to fit our Privacy Policy into 280 characters, but there’s a lot here,” Twitter said in a statement unveiling the new privacy policy. “And it’s important. So we’ve rewritten it to be as simple and useful as possible to help you understand the information we collect, how it’s used, and the control you have.”

The company, which is poised to be purchased by SpaceX and Tesla founder Elon Musk, said it has updated the language used in the policy to be more “clear” and “moved away from legal jargon.”

It further explains how the data is used, for example, to operate, improve, and personalize the services it offers to users, to ensure safety on the platform, and for research.

“We use information you share with us, or that we collect to conduct research, surveys, product testing, and troubleshooting to help us operate and improve our products and services,” the company said.

Twitter also provided further details as to how users can update their settings to change how their personal data is used.

The updated policy also comes with a new privacy education game called Twitter Data Dash in which users can “learn how to take control of your Twitter experience” through completing a number of challenges with Data the dog.

“Also, your privacy isn’t a game. But we DID make one to help you understand the more complex parts of our privacy policy and how you can take control of your experience on Twitter,” the company said.

The updated policy comes as billionaire Musk is set to take Twitter private and follow through with his vision of freedom of speech and expression within the law on the platform.

Musk on Tuesday suggested he would lift Twitter’s ban on former President Donald Trump, noting that it was a mistake for the company to have suspended his account in early 2021.

Speaking at a Future of the Car event hosted by the Financial Times, Musk called the ban morally wrong and “flat-out stupid.”

“So I guess the answer is … I would reverse the perma-ban” on Trump’s account, Musk said, although the businessman noted that he does not yet own Twitter.

Earlier this week, Twitter also announced it was rolling out a new “Copypasta and Duplicate Content” policy to help prevent content that suppresses information or manipulates “Twitter’s Trends, Top Search results, and conversations across the platform” from being shared.