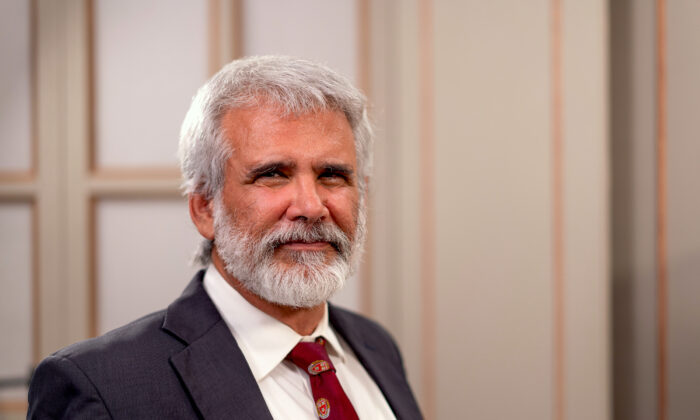 Dr. Robert Malone, a key contributor to mRNA vaccine technology and an outspoken critic of COVID-19 mandates and rules, was suspended by Twitter.

Writing on his Substack page, Malone, who had massed more than 500,000 followers, confirmed that his account was “permanently suspended from Twitter” and said, “We all knew it would happen eventually.”

“Over a half million followers gone in a blink of an eye. That means I must have been on the mark, so to speak,” he wrote on Dec. 29. “Over the target. It also means we lost a critical component in our fight to stop these vaccines being mandated for children and to stop the corruption in our governments, as well as the medical-industrial complex and pharmaceutical industries.”

According to Malone’s post, he directed users to read his Substack page for future updates. Meanwhile, he’s slated to appear on comedian and UFC commentator Joe Rogan’s podcast on Dec. 30.

“Substack is absolutely the best way to see my writings. I appreciate everyone’s support in signing up for my newsletter. It truly matters to me,” he wrote in the post.

The San Francisco-based social media firm hasn’t issued a public comment yet on why it suspended Malone’s account, or specifically what post drew the company’s ire. Twitter has not responded to a request by The Epoch Times for comment by press time.

Malone told The Epoch Times on Wednesday evening that Twitter provided him with no advance notice before it handed down the suspension.

“Over the past year, I have had a few notices from Twitter that there was a complaint about a post but that no action was taken,” he said. “I received no warning prior to the banning.”

Malone provided the Epoch Times with a screenshot with text from Twitter that reads,  “Specifically, for: Violating our policy on spreading misleading and potentially harmful information related to COVID-19. You may not use Twitter’s services to share false or misleading information about COVID-19 which may lead to harm.” The platform didn’t appear to elaborate further.

In an interview with The Epoch Times earlier this year, Malone said that the immunity conferred by a previous COVID-19 infection is superior to that conferred by the COVID-19 vaccines.

People are “faced with a situation where they had been told that natural immunity was not as protective, that they can’t rely on that; that if you’ve been previously infected, you should still get both doses of vaccine; that this vaccination would provide broad durable protection, it would protect you and it would protect your elders from you potentially spreading disease to them,” he said during the interview, which was published in September.

Twitter has drawn the ire of free speech advocates and Republicans after banning high-profile individuals, including former President Donald Trump. Another prominent critic of COVID-19 mandates, former New York Times reporter Alex Berenson, filed a lawsuit against Twitter earlier this month over its ban of his account months earlier.

Berenson, who also operates a Substack page, alleged Twitter’s permanent suspension from the social media platform violated the First Amendment to the U.S. Constitution as well as laws in California.

“Twitter is indisputably a messenger service. A longstanding California law regulates messenger services as ‘common carriers.’ This means that they must accept all messages they receive. Twitter thus must accept all tweets it receives. It has no First Amendment rights to refuse them on the basis that it does not agree with them,” Berenson wrote on his page on Dec. 21.