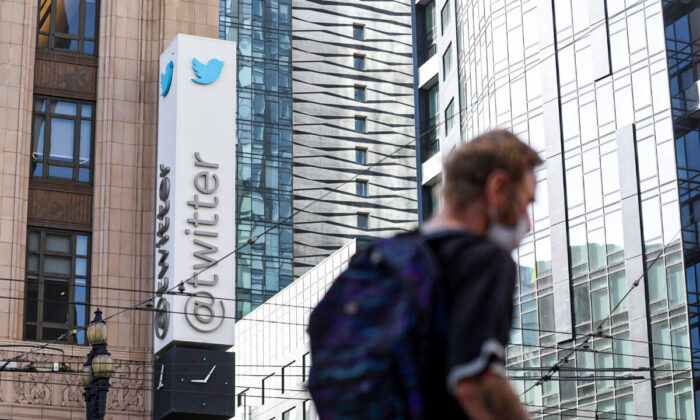 Twitter has suspended a doctor for sharing the study that shows men who received Pfizer’s COVID-19 vaccine had lower levels of semen and a loss in motile sperm count.

Dr. Andrew Bostom, with the Brown University Center For Primary Care and Prevention, shared the peer-reviewed study on June 19.

Twitter informed Bostom that the missive violated its policy against “spreading misleading and potentially harmful information related to COVID-19,” according to a message reviewed by The Epoch Times. It suspended Bostom’s account over the post.

“It seems to fit into the whole pattern of silencing open discussion,” Bostom told The Epoch Times.

Bostom’s post included a link to the Israeli study, which analyzed semen and sperm in men who received two doses, or a primary series, of Pfizer’s vaccine.

The study was published online ahead of publication in Andrology.

Researchers found that the men had lower levels of semen concentration and lower numbers of sperm after receiving a vaccine.

They alleged that the issues were resolved after 150 days, but figures from the paper actually suggested that was not the case. The authors wrote that the values “did not reach statistical significance.”

In his post, Bostom wrote that primary vaccination with Pfizer’s vaccine “temporarily impairs semen concentration and total motile count among semen donors, with apparant rebound by ~5mos, but no data on boostering effect.”

“Does boostering yield another decline?” he wondered.

“I kind of understood what they really showed, which is that some of the metrics, whether it was the counts or the motility, were still depressed,” Bostom told The Epoch Times. “And I used their terminology … I didn’t do anything to exaggerate their findings.”

The authors said they excluded men with boosters.

“I just pointed out that if this happens with the first series of vaccinations, maybe if they take these guys and have data on people that were semen donors and they had boosted them, when they followed them after the booster, you’d see another round of depression, and maybe it would be depressed—who knows—would it be depressed more? Would it be depressed, less? Would the effect last longer? We just don’t have any data on that,” Bostom said. “So that was the only other thing I put into my tweet—that we just don’t know what the effect of boosters is going to be. I don’t know why any of that was such a big deal.”

At least one other prominent figure has shared the study and not been affected.

Dr. Peter McCullough, a cardiologist, shared on Twitter a screenshot of The Epoch Times article about the study’s results along with an image from the study that highlighted how men still had lower semen concentration and sperm counts when measured 150 days or more after getting the vaccine.

“Indiscriminate use instead of targeted, risk-stratified EUA rollout has led to a myriad of concerns. Never broadly apply a brand new experimental biologic agent on a large population without assessment of risk stratification,” McCullough wrote. “Over-used and now uninvited concerns in young men.”