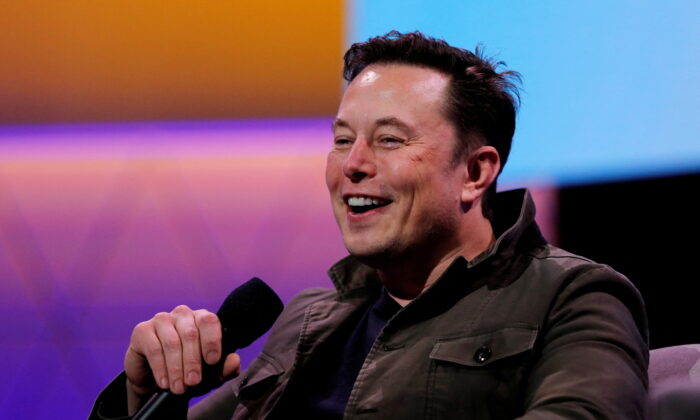 Emel Akan
reporter
Emel Akan writes about business and economics. Previously she worked in the financial sector as an investment banker at JPMorgan. She graduated with a master’s degree in business administration from Georgetown University.
View profile
Follow
and Andrew Moran

Twitter shares surged as news emerged that Elon Musk’s takeover bid could be accepted by Twitter’s board as early as Monday.

Reuters reported that Twitter’s board of directors is close to reaching a deal with the world’s richest man to sell the social media network for roughly $43 billion in cash.

According to anonymous sources, Twitter may announce the $54.20-per-share deal during the day after its board meets to recommend the transaction to the company’s shareholders. But the deal might potentially fall apart at the last minute, according to the sources.

Twitter’s stock jumped more than 5 percent in pre-market trading on expectations that the company could reach an agreement.

According to Reuters, Twitter was unable to secure a “go-shop” option in its agreement with Musk, which would allow the board to continue actively soliciting bids and negotiating with other potential bidders even after signing a deal with Musk.

Twitter would be allowed to accept another bidder’s offer, however, by paying Musk a break-up fee, the sources said.

Board members gathered on Sunday, according to media reports, to reexamine Musk’s offer after the billionaire announced that he secured the required financing to buy the company and take it private.

Musk has secured $25.5 billion in debt funding from Morgan Stanley and other financial institutions, as well as $21 billion in equity financing, according to a securities filing last week.

How the Twitter-Musk Saga Began

A Securities and Exchange Commission (SEC) filing earlier this month revealed that Elon Musk had purchased 9.2 percent of common Twitter stock, representing about 73.5 million shares. The purchase made him the largest shareholder of the social media platform.

His holdings were about four times higher than that of founder and former CEO Jack Dorsey.

Twitter later appointed Musk to its board, with the caveat that he cannot own more than 14.9 percent of the social network, according to a separate SEC filing.

Musk would eventually reject a seat, proposing instead to buy Twitter outright and take it private. He formed three holding companies with the purpose of acquiring the tech firm.

“I invested in Twitter as I believe in its potential to be the platform for free speech around the globe, and I believe free speech is a societal imperative for a functioning democracy,” he stated in an SEC filing.

“However, since making my investment I now realize the company will neither thrive nor serve this societal imperative in its current form. Twitter needs to be transformed as a private company.”

In response to the takeover bid, Twitter employed a so-called poison pill, essentially adopting a limited duration shareholder rights plan that would fight back against a hostile takeover endeavor.

In an updated filing last week, Musk confirmed he had secured $46.5 billion in funding commitments to finance the takeover. This included $25.5 billion in debt financing through Morgan Stanley Senior Funding and other firms, such as Bank of America, Barclays, and BNP Paribas. Musk attained $21 billion in additional equity financing, including $12.5 billion in loans secured by Musk’s Tesla stock.

Referring to himself as a “free speech absolutist,” Musk has put forward a series of revisions for how the social media platform operates to enhance free speech.

Speaking at a recent TED conference in Vancouver, he revealed that he wants to make Twitter a bastion of free speech with fewer restrictions, reiterating his previous stance that Twitter is a de facto public town square.

“I don’t know if I have all the answers here, but I do think that we want to be just very reluctant to delete things and just be very cautious with permanent bans,” Musk said. “Time-outs, I think, are better than permanent bans.”

Even if a tweet is considered to be harmful or controversial, Musk suggested to “let the tweet exist” but he would “not want to necessarily promote that tweet.”

“Having a black-box algorithm promote some things and not other things, I think this can be quite dangerous,” Musk added.

In addition, the billionaire CEO has suggested installing an edit button, allowing subscribers to pay with Dogecoin, and removing advertisements for monthly subscribers.

Over the last month, Twitter shares have rallied nearly 30 percent, trading above $51.