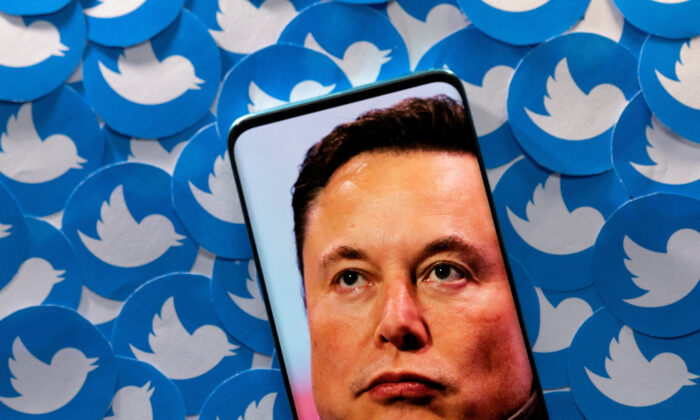 Twitter has been sued by multiple staff members over an alleged violation of federal law, with workers claiming they were not given enough notice regarding planned layoffs.

Employees who had worked at Twitter’s offices in San Francisco, California, and Cambridge, Massachusetts filed a class-action lawsuit in the U.S. District Court, Northern District of California (San Francisco) on Thursday.

The lawsuit comes amid reports that Twitter will start laying off staff members from its global workforce of 7,500 employees on Friday morning, following Elon Musk’s takeover of the social media platform. It is unclear how much of Twitter’s workforce Musk plans to lay off.

In their lawsuit, plaintiffs, who filed the lawsuit on behalf of themselves and others “similarly situated,” allege that the move amounts to a violation and “anticipated further violation” of the federal Worker Adjustment and Retraining Notification Act, as well as the California WARN Act.

The federal Worker Adjustment and Retraining Notification Act is a U.S. labor law requiring that employers with 100 or more employees provide 60 calendar-day advance notice to employees regarding mass layoffs.

The California WARN act, short for Worker Adjustment and Retraining Notification Act, is slightly more strict. It requires employers to provide workers with at least sixty days’ notice before mass layoffs, although under that law, a mass layoff is defined as “the layoff of 50 or more employees in a 30-day period.”

Employers who fail to do so may be sued for damages and could be liable for employee back pay and benefits.

“It has been widely reported that Twitter plans to lay off about 3,700 employees, approximately 50 percent of its total workforce,” plaintiffs wrote in Thursday’s lawsuit, referencing multiple reports regarding the planned layoffs.

“Twitter began the layoffs with a few employees,” the lawsuit states, alleging that one of the plaintiffs was terminated on Nov. 1 without being provided with “advanced written warning, as required by the federal WARN Act and California WARN Act.”

The lawsuit also states that three other plaintiffs in the lawsuit were allegedly locked out of their Twitter accounts on Nov. 3, which they “understood to signal that they were being laid off.”

“Plaintiffs are very concerned that Twitter will continue these layoffs without providing the requisite notice,” the lawsuit noted while stating that Musk’s eclectic vehicle company Tesla also “recently engaged in mass layoffs without notice.”

That company (Tesla) “attempted to obtain releases from laid-off employees without informing them of their rights under the federal or California WARN Acts. A federal court subsequently ordered the company to provide employees notice of the claims that had been filed on their behalf,” the lawsuit states.

“Plaintiffs file this action seeking to ensure that Twitter complies with the law and provides the requisite notice or severance payment in connection with the anticipated layoffs and that it not solicit releases of claims of any employees without informing them of the pendency of this action and their right to pursue their claims under the federal or California WARN Act,” plaintiffs wrote.

Plaintiffs are also seeking immediate injunctive relief, and ask that the court issue a declaratory judgment to prevent Twitter from avoiding the requirements of the WARN Act and the California WARN Act.

“We filed this lawsuit tonight in an attempt the make sure that employees are aware that they should not sign away their rights and that they have an avenue for pursuing their rights,” Shannon Liss-Riordan, the attorney who filed Thursday’s complaint, told Bloomberg in an interview.

“We will now see if he is going to continue to thumb his nose at the laws of this country that protect employees,” Liss-Riordan added, referencing Musk. “It appears that he’s repeating the same playbook of what he did at Tesla.”

An internal company message shared among Twitter employees this week, which was published in full by Business Insider, informed workers that layoffs will be announced on Friday morning.

“Team, In an effort to place Twitter on a healthy path, we will go through the difficult process of reducing our global workforce on Friday,” the message reportedly states.

“We recognize that this will impact a number of individuals who have made valuable contributions to Twitter, but this action is, unfortunately, necessary to ensure the company’s success moving forward.”

According to the message, Twitter will temporarily close its offices on Friday, and all badge access will be suspended during the process.

Earlier this week, billionaire Musk denied a report by The New York Times that he planned to lay off some Twitter employees before Nov. 1, when employees were scheduled to receive stock grants as part of their compensation. However, the businessman has remained tight-lipped regarding how much of Twitter’s workforce he allegedly plans to remove.